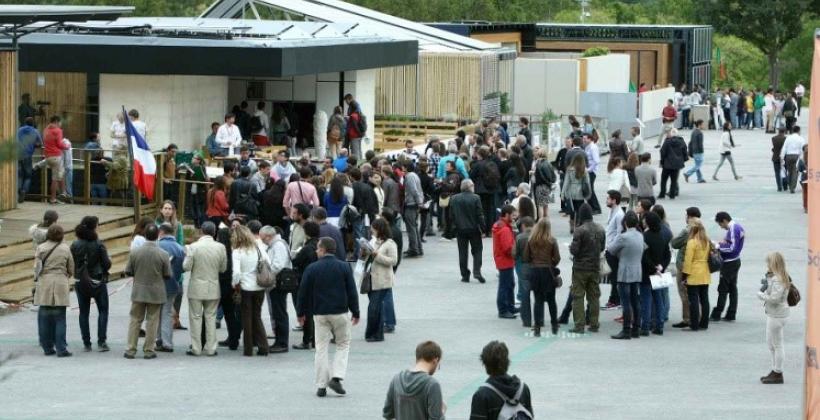 Thanks to the Spanish Ministry of Housing and the Technical University Madrid, the Spanish people were the first in Europe to experience the excitement created by a competition among universities striving to design and build the most innovative home in Solar Decathlon Europe 2010.

Because of the positive reviews of this first competition in Europe, the Solar Decathlon Europe project received the important honour of being categorized as “Communication” organized by the European Commission through the platform of networks of communications called Sustainable Energy Europe. The award was given at an event called European Awards at the Sustainable Energy Week.

Based on a critical analysis of the work completed in the first competition, the Spanish Government, through the Ministry of Housing, rely on the Technical University of Madrid to organize Solar Decathlon Europe 2012.

One of the challenges of Solar Decathlon Europe 2012 involved emphasizing even more the subject of energy efficiency through the incorporation of a new contest specifically regarding this concept, an extension of the main message which is to make even more sustainable cities and buildings, therefore we included this, with its evaluation, in the competition; developing housing solutions that allow for a greater number of residents, to meet the needs of the cities with a more sustainable approach; incorporating the electric car that, in addition to the benefits of sustainable mobility, can balance the electricity demand and is supported by one of the first operational Smart Grids in Spain.

Internally, a new monitoring system was developed to be used throughout the “Villa Solar”, in addition to the software for the competition, which was much more robust, reliable, and suitable for research projects.

From a communication point of view, an even more positive coordination was organized with the 10ACTION project, including a similar number of activities as those in 2010, but being much more selective, much more focused, and with much better organization and direction for each group in the target audience.

The competition, held at the Casa de Campo in Madrid, was once again a success with respect to both participation and interest. Of the 23 teams selected from 15 countries from around the world for the competition, 18 managed to reach the final stage in September 2012, resulting in an attractive and compact “Villa Solar”.

Close to the competition site, there were spaces dedicated to media, with specific places for children, young people, professionals, university students, and the general public; areas in which we had organized a large number of activities planned for the Solar Decathlon Europe and 10ACTION project.

The final assessment of this second competition was again very positive, from the extent of its media coverage and social impact, with more than 220,000 visitors, and also from the view that it was strictly a competition which, as in the previous experience, was both exciting and even handed to the very end. It had a very active participation from the decathletes, inspired by their shared goals, presenting very efficient, attractive prototypes with innovative technologies and strategies for improving the conditions of sustainability. There was also a special camaraderie among them, which made it an unforgettable experience for the hundreds of university students from around the world who bonded through their common desire for sustainability.