SCHOOL OF THE FUTURE Site Stuttgart 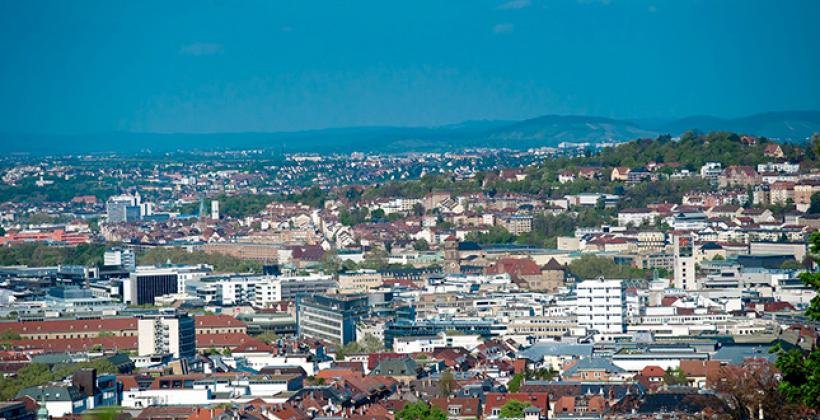 The aim of the SCHOOL OF THE FUTURE project was to design, demonstrate, evaluate and communicate shining examples of how to achieve the high-performance building of the future with a focus on school buildings. One of the project’s demonstration sites was the Solitude-Gymnasium, which is located in the north-west of Stuttgart, the capital of the federal state Baden-Württemberg (south-western Germany).

The secondary school consists of five buildings with a mix of central and side corridors. Overall, a gross floor area of 9918 m² (heated area: 8924 m²) has been refurbished in the project. The school has around 710 students and 60 employees. The existing buildings have been constructed during different phases between the 1960s and the early 1990s.

Before the renovation, the school consisted of several solid constructions with high-energy consumption – the main building, the science building, the big pavilion and the gym. Some interventions to address this had already taken place prior to this project: the boilers and the south-facing windows of the big pavilion were replaced, and the roofs of the main building and the gym were refurbished.

The total energy demand for the Solitude-Gymnasium in Stuttgart amounted to 175 kWh/m²/yr for monitoring consumption before the refurbishment. The monitored values following the end of the project were 125 kWh/m²/yr, which was higher than expected. The main reason behind this is the use of the gymnasium as a shelter for refugees, which led to an increase in the energy consumption that could not have been foreseen by the project. Excluding the gym, the monitored energy consumption after the refurbishment is 77 kWh/m²/yr.

The investment cost for the interventions was EUR 1 340/m², which makes a total of over EUR 13 m. Due to this high investment cost, the payback period according to the design data exceeds 30 years.