SCHOOL OF THE FUTURE Site Ballerup 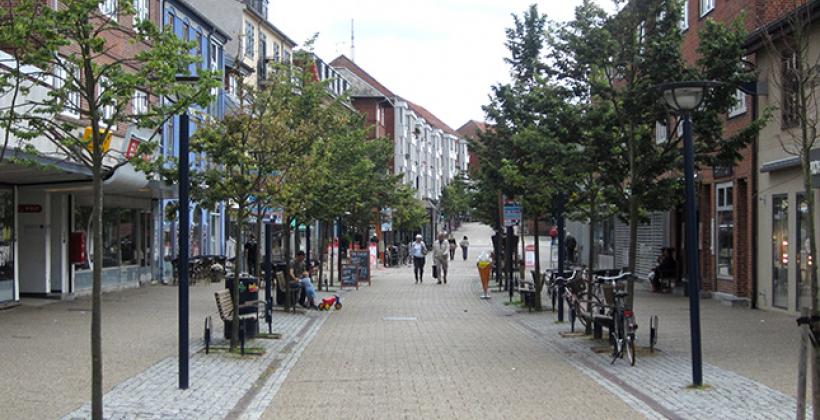 Hedegaards School is located in Ballerup, Denmark, in a cold temperate climate. The school is positioned in a relatively open urban area with mainly low-rise buildings and is one of 10 schools in the town. In this area, the annual mean temperature has increased from 8 °C in 1980 to 8.7 °C today. The number of heating degree days is 2900 and the number of hours with bright sunshine is about 1700 – this has also increased over the last 30 years from about 1500 hours.

Part F of Hedegaards School, with a building age of more than 35 years, was in need of refurbishment as the roof and the windows were leaky and the thermal insulation of the walls and attic was insufficient. The electric lighting installations in the corridors were technically obsolete, causing high electricity consumption. This part has an overall floor area of 3 850 m², which includes 15 ordinary classrooms, two rooms for science, one auditorium, one teacher’s room and a student cafeteria in the basement.

Retrofitting included the thermal insulation of the building envelope, new windows, the installation of more efficient lighting fixtures in the corridors and two classrooms, photovoltaics and a high-quality building energy management system. According to the design data of the demonstration site, the energy demand could be reduced by around 75 % due to the interventions taken by the project, accounting for a total thermal demand reduction of 70 %.

The final results of the monitoring data show that the thermal energy savings could almost be achieved compared to the design values. The total energy reduction has been 67 % based on the real data monitored under real conditions of use, from 210 kWh/m2/yr to 90 kWh/m2/yr. If this result is compared to the 7 % reduction that was calculated based on design data, the result shows a good agreement between simulation and real performance. Regarding the photovoltaic system, the energy generation exceeded the expectation. Since the electricity produced by the photovoltaic system has been used on-site, the grid electricity consumption has also been reduced.

The calculated energy savings of Hedegaards School are in agreement with the project target values. The measurements performed in 2014 were adjusted with regard to climate. Final energy savings for heating were 60 % (lower than predicted) while electricity savings were 29 %, thus slightly exceeding the planned values. The total savings of delivered energy achieved in the project are 123 kWh/m²yr or 57 %. It should be noted that the set point of the indoor temperatures now is about 3 degrees higher than before the retrofitting. Calculations prove that this influence corresponds approximately to the missing percentage of the savings.

The assessment regarding the reduction in primary energy consumption and CO2 emissions showed that 539 MWh of primary energy and 58 tonnes of CO2 are saved every year post refurbishment.

The total investments for the demonstration site are EUR 551 000 including interventions for the envelope (EUR 430 000), lighting (EUR 67 000) and the photovoltaic system (EUR 54 000). Based on the provided monitoring data, the energy cost savings come to EUR 42 804 per year. The calculated payback period is 13 years.