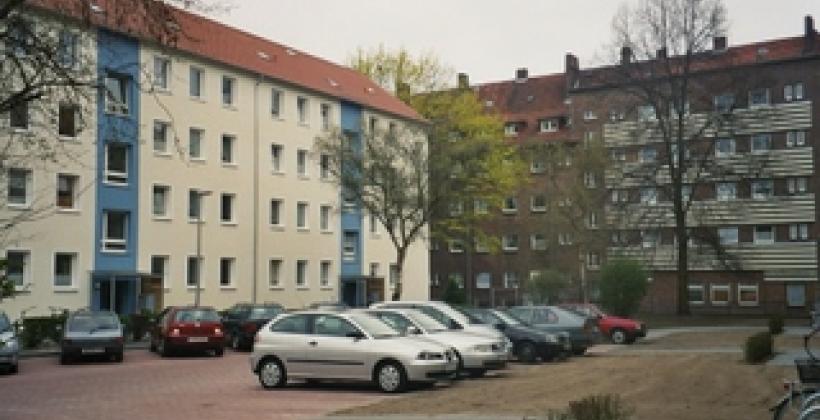 Hannover, the capital of the German federal state of Lower Saxony, has had a focus on energy efficiency since at least the mid-1990s when it approved a local climate protection programme. Energy efficiency of buildings has already been a key consideration as around half of Hannover´s housing stock was built in the 1950s and 1960s to low energy retention standards. Hannover thus began to explore ways of financing modernization and retrofitting of buildings, and installing renewable energy capacity, such as solar water heating.

Within the scope of biomass energy two small district heating networks, each based on a 150 kW pellet boiler, have been installed. A Cemetery Chapel (30 kW) and a hibernation greenhouse (600 kW) have been equipped with a wood pellet boiler.

The municipal service buildings at “Burgweg Depot” and the “School Biology Centre” have also been equipped with a pellet boiler. A photovoltaic system has been mounted on the storage building at “Herrenhausen power station” and produced 70 MWh of electricity in 2011. At a public open air swimming pool solar collectors with an absorber area of 1,800 m² (600 kWpeak) have been installed and are supplying heat of about 500 MWh/a.

At Vahrenwald and Ahlem altogether 305 apartments (originating from 1950 – 1970) have been retrofitted to meet the energy standards of new buildings. Another 35 apartments (built in 1956) have been retrofitted according to the Kronsberg standard with innovative Passive House components to reduce final energy demand for heating to 55 kWh/m²a. The “Brothers Grimm” primary school (5,356 m²) has been retrofitted to reduce heating demand by 50% (Picture 1). A photovoltaic plant of 83 kWpeak has been installed on its roof. The “Cultural Centre Hainholz” (2,157 m²) and secondary school “Luther School Nordstadt” have been modernized by energy efficient measures.

In 2007 the “Wood Energy Centre” was commissioned. On the site of the Hannover-Stöcken power station a modern log-splitting plant is operated (Picture 2), which directly uses surplus heat from the power station to dry the wood. The local ESCO „Stadtwerke Hannover“ sells wood products for various types of wood boilers or ovens: pellets, chips, logs and wood briquettes.

Hannover’s largest outdoor swimming pool “Lister Bad” is also one of the most popular in the city; on hot days more than 10,000 people visit the pool. To keep the pool water temperature at 22°C the annual average gas consumption (two boilers with each 650 kW) has been about 1,350 MWh. However as energy costs increased steadily in recent years the city facility management department looked for new solutions to reduce costs, energy consumption and environmental impact.

An absorber area of 1,774 m² (600 kWpeak) was installed in the first quarter of 2007 (Picture 3). 160 m³/h of water are pumped directly from the different pools through the absorber and back into the pools. Since commissioning the solar plant has run without any significant problems. In case of insufficient solar energy the two gas boilers complement the heat generation. Table 1 shows the monitored figures during four years. The overall cost of the installation of the solar collector and some additional constructional work amounted to 209,000 €, of which 140,000 € (approx. 80 €/m²) was for the collector. The annual cost savings for the first two years of operation have been more than 100,000 €. Payback period of the whole installation will be about three years (including subsidies).

Small-scale District Heating based on Biomass:

The Burgweg depot has offices, workshops and stores for traffic control equipment (traffic lights, signs etc.) and highway maintenance. The total usable heated area is about 800 m². The heating energy had been provided by five separate oil-fired boilers installed at different buildings. The total installed capacity was around 570 kW.

The separate boilers have been replaced by a small district heating network. The existing boiler room was extended to provide space for a pellet-fired boiler, a thermal storage tank, a backup oil-fired boiler (for peak demand) and a distributor. Neighboring buildings were connected by new district heating pipes and a pellet silo of 10 m³ was built outside in front of the boiler room (Picture 4). The payback period will be around 10 years (subsidies included).

Key benefits: Gain in prestige for the town of Hanover as a pioneer community in terms of local climate protection High identification potential with the „Bürgerkraftwerk“ Skill development: The local training courses raising the qualification level of participants and ensuring the quality of work in the demonstration sites.

Lack of experience, skills and know-how on the part of craftsmen in the region of Hannover Solutions: Providing training for craftsmen on site to ensure a high quality of the work to be done. Based on this experience, a guide for designers and architects entitled "short courses for quality assurance - QA Briefing" was developed.

The Global Financial Crisis had a strong impact on CONCERTO act 2 project causing delays in the completion of activities. Increased need to communicate measures to involved stakeholders Social barriers: The modernising of multi-family homes was conducted while occupants already lived there

Strong support for home owners making retrofitting as easy as possible Energy advise campaign for tenants with low income in the district of Hainholz. Dissemination of information to the target groups: Information material, both for tenants and promoters and the online-platform (www.klimaallianz-hannover.de). Engagement of energy advisers, who went from house to house, within the districts. The adviser’s work was to give initial and intensive energy advice to home owners and tenants and to make recommendations for retrofitting measures and the correct use of wood pellet boilers, solar thermal energy and/or PV.

Establishment of the Climate Protection Agency called the “Klimaschutz Agentur Region Hannover” as an administrative and institutional body, which has contributed to the acceleration of the policy implementation process. Employment of so called “Energy Assistants” who provided assistance with calculating energy consumption, applications for loans and grants, and quality assurance.

The model of combining funding schemes, which has proven to be very effective in the case of Hannover, has been replicated in other German cities. The CONCERTO stakeholder model and the “Energy Assistant” has been introduced at city council level.

The result of the Hannover Act2 project has been selected as a standard for new constructions of the German energy efficiency regulation (EnEV) with special focus on building shell to limit the range EnEV is offering.

By involving local partners, politicians and stakeholders such as housing associations, energy suppliers, business, science and interested citizens, new standards should be set for the communities of tomorrow, and the experience gathered made available to other municipalities. Working together, the climate protection aims will be achieved through practical measures in residential developments and applications of renewable energies. As supporting measures, energy saving and publicity campaigns to attract new investors are initiated. Training sessions support the construction measures and improve craft skills on site. The demonstration projects were developed in the CONCERTO District' of Hainholz, Ahlem, Nordstadt, Herrenhausen, Limmer, Vinnhorst and Vahrenwald. In Hannover the main focus is set on retrofitting of existing buildings and the implementation of renewable energies.

Hannover´s largest open-air swimming pool, Lister Bad, is now heated by solar energy, after northern Germany´s largest solar installation was put in place there. The solar heating is backed up by a gas-fired boiler.