Moving to Cleaner Energy in Helsinki with mySMARTLife 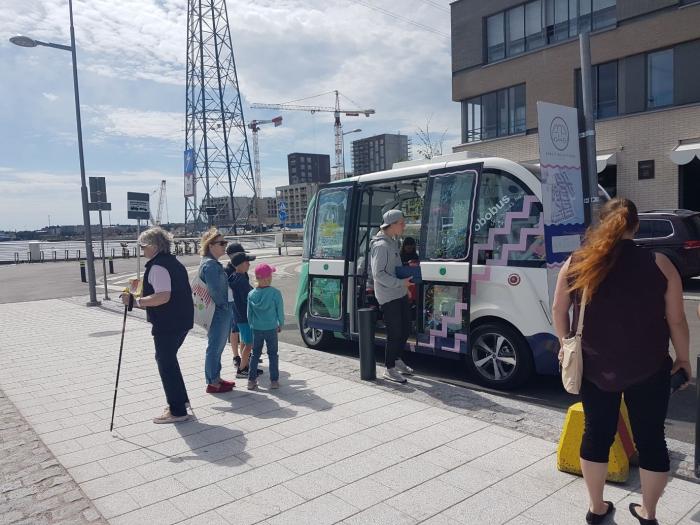 In the struggle against climate change, Finland has taken an uncompromising stance to completely eliminate coal from its energy generation portfolio by 2030, if not before. One of the major challenges in achieving this goal is that at least 25% of Finland’s population is reliant on coal-fired heating during the long, harsh winters. Now, the historically important gas is expected to become a more important source of energy after a dormant period due to a reduction of taxation on gas and increase on coal. One new nuclear plant is being built and one planned, which will also facilitate the transition to fossil fuel free power. These are not the only sources of power utilized in Finland: Nearly half the kilowatts generated come from wood and oil. There is also a small but growing contribution from renewable hydro, wind and solar power while Finland’s extensive peat bogs represent the most unusual source. With all these alternatives, scaling down and gradually eliminating coal should not be too difficult.

Reducing the Demand for Power

While changing the source of supply to reduce reliance on fossil fuels and move to renewables and nuclear power is one way to address carbon emissions and their effect on the environment, increasing efficiency on the demand-side that reduces the amount of energy needed is another. This is where the mySMARTLife project comes into play.

MySMARTLife is one of the projects funded by the European Commission’s Horizon 2020 initiative. Like other Horizon 2020 projects, it consists of a set of goals and objectives to be achieved by three “Lighthouse Cities”, which are Helsinki, Nantes and Hamburg. Although they share common objectives, they each adopt their own strategies and technologies, which fit their city and climate best. Their findings and successes can then be shared with “Follower Cities” which can choose one or more solutions that fit their own needs best.

We spoke to Marja Vuorinen, former Lead for Lighthouse City Helsinki, about the objectives of the overall project and what actions Helsinki is taking.

What mySMARTLife Plans to Achieve

All projects approved for Horizon 2020 are assessed on their capability to improve citizens’ lives and increase the sustainability of the city through environmental improvements that align the city with the EU’s plans to combat climate change and make life more comfortable for all who dwell in the city. A very important factor in reaching these goals is the engagement and encouragement of citizens in the day-to-day running of the city which requires good and pervasive communications. In order to be “smart” citizens, they need to be informed, so all relevant city data should be accessible via a shared and open data platform. The projects must all bring innovations to the table that are straightforward and easy to implement, and that can be adopted by Follower Cities and other cities that want to join the network.

The mySMARTLife objectives fit the bill by:

The experiences and innovations will be shared with three Follower Cities of mySMARTLife, (Bydgoszcz, Palencia and Rijeka) as well as other Lighthouse Cities and other European cities that want to join the mySMARTLife Cities Network.

The location for the Helsinki demonstrations is based in the Old Town Bay (Vanhankaupunginlahti). It has further been broken down into four zones, where most of the 47 scheduled actions will take place:

All the activities will be underpinned by the urban data platform, which currently incorporates “Helsinki 3D”, the 3D city model of Helsinki, as well as the IoT platform. The image below is a solar energy view of the Helsinki Olympic Stadium. One other tool is Kattohukka.fi webpages presenting the level of heat emitting from buildings across the city, which assists in deciding where retrofitting is needed.

Challenges in Attaining the mySMARTLife Goals

The phasing out of coal (and peat, which also emits CO2) is probably the biggest challenge but Helsinki has committed itself to replace the production of another of its remaining CHP production units (Hanasaari) using coal by 2024. While this can be achieved through introducing new clean power generation, which Helen, Helsinki’s energy supplier, will do by building a new plant that will rely on heat pumps rather than coal, it makes sense to reduce the demand by improving energy efficiency in the homes.

Karoliina Auvinen, an energy expert from Aalto University, recommends that, instead of keeping water heated in the district heating system at 80-950C as it is currently done, a temperature of 650C should be maintained. If older buildings are retrofitted to retain heat better, this temperature will be adequate, even during Finland’s harsh winters. When hotter water is required, it can be heated directly with electricity. However, she thinks that this change must be made gradually, until all the residences in the district are completely refurbished and outfitted with the right technologies.

This is completely possible, but requires a great deal of work, collaboration and integration to achieve the desired results, which are shown below in a diagram from Ms Auvinen’s presentation, “The Role of Buildings in the Clean Energy System” (2018-02-14).

The Role of Buildings in the Clean Energy System (Credits: Karoliina Auvinen)

There are three sub-projects that deal with energy efficiency in Helsinki housing:

Helen OY has other initiatives planned such as using a huge cavern under Helsinki to store hot water and using batteries extensively to store excess power. It is also envisaged that customers will be able to sell excess power back to the grid but this will be implemented later.

Our thanks go to Marja for providing us with information and insights into the mySMARTLife project with enthusiasm and clear explanations.