Lampposts are one quick fix for smart success 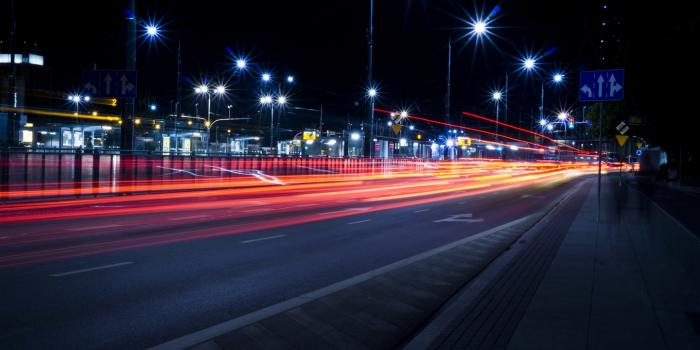 Lampposts are one quick fix for smart success

At the moment, there are between 60 and 90 million lampposts sitting in Europe’s cities - 75% of which are more than 25 years old. These dated pieces of infrastructure can consume anywhere from 20 to 50% of a city’s energy budget. Only a single digit percentage of these use high-efficiency (LED) lamps, and a simple upgrade to LED could cut costs by 50 to 70%, resulting in EU-wide savings of €2 billion—let alone savings of nearly 50 percent when it comes to maintenance upkeep. In a constantly changing world, this is one aspect of digitalisation that is an easy—and financially viable—one for cities to embrace. Yet despite the industry touting benefits of this simple technological upgrade, cities across Europe have been slow on the uptake. For cities embarking on their smart journey, this upgrade is a great solution to start with, offering benefits that will be visible to the public, politicians and city service providers. In times of constrained public budgets, this is one project that will make economic sense both in the short and long run with the financial incentive of the LED providing just the stimulus cities need to consider the many other valuable assets a lamppost can offer.

It’s not just about energy savings!

Outdated lampposts can seem like an eyesore of aging concrete and steel, let alone an operational drain and financial pain. What if we look at this infrastructure as a well-designed “mesh” network of powered assets that opens up a world of new city services? Over summer 2017, the European Innovation Partnership for Smart Cities & Communities (EIP-SCC) launched a survey to discover what over 100 European cities were thinking and doing in terms of public street lighting assets. What we uncovered is that “smart” is definitely the ambition. According to the survey, 60% of EU cities said they want to implement additional smart services on their lampposts, focusing particularly on connectivity and IoT-enabled features, and saw the “Humble Lamppost” as a way to offer these services while also saving energy.

In December 2014, the EIP-SCC launched the Humble Lamppost initiative with a goal to upgrade 10 million smart lampposts across EU cities by developing common component-based solutions that can be tailored to local needs, with smart add-ons like digital street signage, public Wi-Fi, electrical vehicle charging, and environmental sensing (air quality, noise, water levels) to exploit this city-wide infrastructure. 10 million may sound a lot, and does represent a lot of money, however it is still only a modest percentage of the overall total (of which 75% are 25yrs old). The LED upgrade percentage across Europe is still small so there is plenty of scope to shape demand.  As one might expect the survey shows that cities that are less advanced in their project cycle are more likely to be considering the additional value added services that the “Humble Lamppost” can offer. 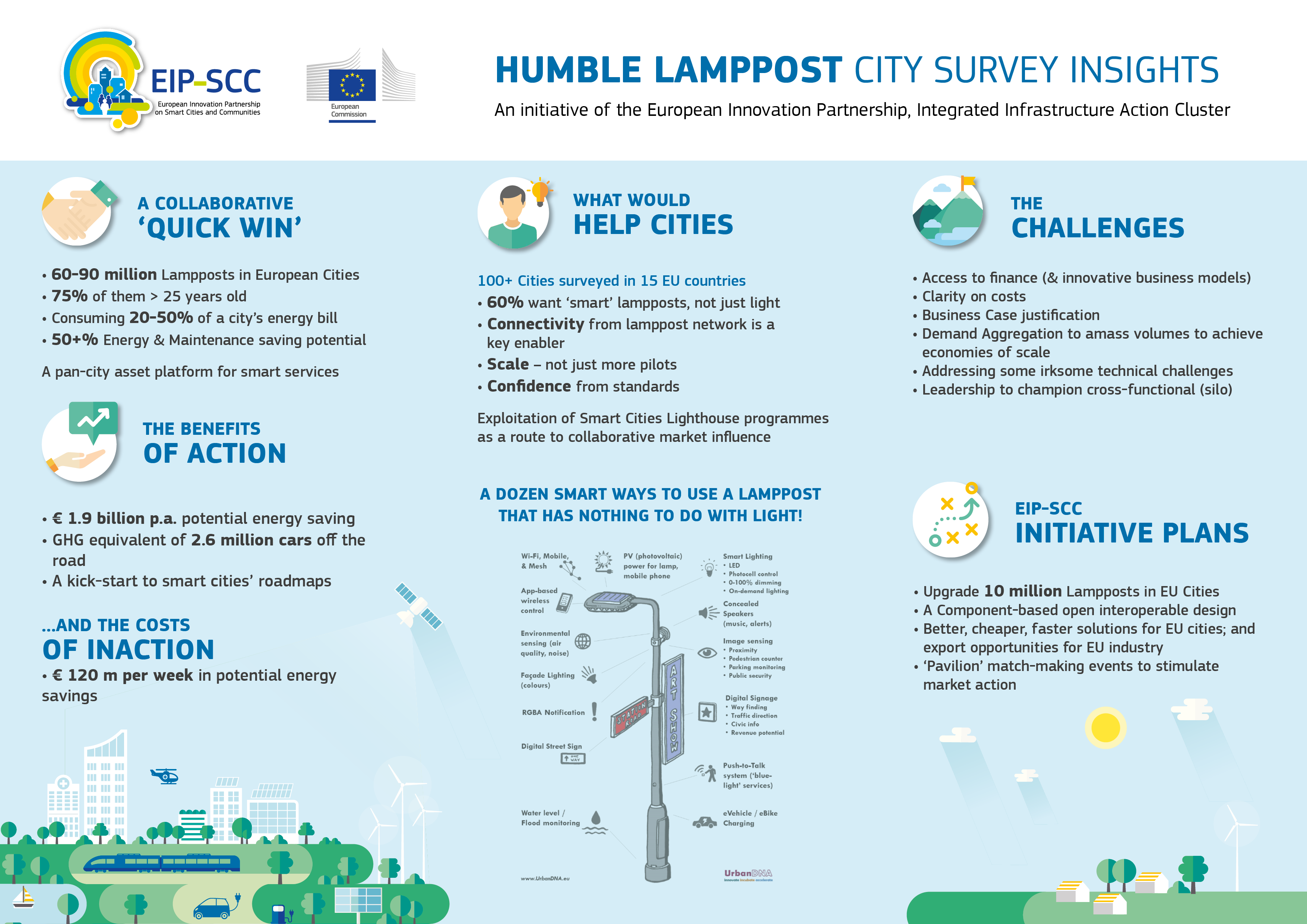 The main roadblock in terms of putting this plan into action at real scale is access to finance, and perhaps associated with that application of innovative business models. Politicians might see more gains from spending public funds on schools, and hospitals than lampposts. However, each week of inaction means an EU-wide loss of €120 million. A city alone may seem too small in scale, but if multiple cities across the EU pull together and show how smart lampposts are a “quick win,” they may be able to draw financial support from the key stakeholders and investors who could bring these proposed projects to fruition. One real life example is already underway in the state of Illinois, which has negotiated a contract with three smart lighting technology vendors as part of its plan to become the first smart state. Instead of cities undergoing the costly and time-intensive process of vetting and selecting vendors, the state took on this role so that cities could skip right to working with the vendors directly to set up these devices. The mindset here is that if “the state makes procurement easier and cheaper, more cities will undertake street lighting upgrade projects.”

By cities and industry coming together to offer an open affordable component-based lighting solution that enables other smart city initiatives, the “Humble Lamppost” will be an economic option that’s quicker and easier to adopt, thereby helping kick-start smart cities’ roadmaps.

Find out more about the Humble Lamppost

Contact the Integrated Infrastructure and Processes Action Cluster at integratedinfrastructures@eu-smartcities.eu

To discover more about the findings of the EIP-SCC Humble Lamppost survey, you can read the insight paper in full, available below.