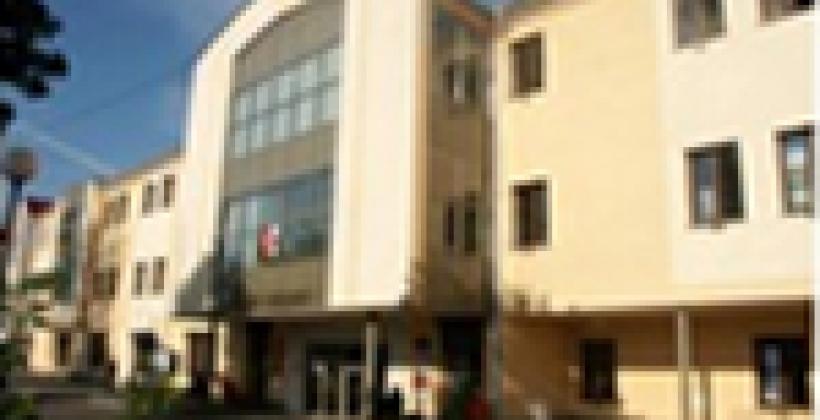 In Słubice the CONCERTO project is developing a biomass master plan. The district heating company is planning to modernise the town´s heating plant and change the coal burning heating system into a biomass systems. In addition, a study about the area´s biomass potential will be elaborated in order to create local markets for wood, energy crops, biogas, short rotation willow and straw.

Słubice will show the benefits of biomass by constructing a 200 kW woodchip heating system. Retrofitting of public buildings will be integrated into the demonstration activities to bring them up to European Union standards.

In December 2011 the 38 Megawatt Golice Windpark has been commissioned. Nineteen wind turbines of 2 MW each are predicted to generate about 80 GWh of clean energy per year, sufficient to power 40,000 Polish homes. Thereby the plant is estimated to avoid the emission of 77,625 t of carbon dioxide every year.

ZEC – the municipal utility company - refurbished 8 multi-family houses, including 239 apartments and 11 offices and shops, including the implementation of biomass boilers and solar thermal collectors. Further public buildings like schools and private houses have been retrofitted in an energy-efficient way.

Beside the implementation of photovoltaics on buildings two large-scale plants had been planned, but were installed after SEMS: a 100 MWpeak plant on a 260 ha plot near the village Kunice and a park of 50 MWpeak,at Kunowice. The community was waiting for feed-in legislation, but the pre-conditions are good, as a new high-voltage line is close-by.

The wind park project started 2007 by including it into the Slubice local development plan. An environmental impact assessment (EIA) for the wind farm was undertaken as prescribed by the Polish Environmental Protection Law from 2001. In August 2007, it was also decided to construct a medium-voltage cable power network, transformer stations and power line to connect the power station with the 110 kV power line. A construction permit to build the plant with 19 wind turbines and associated infrastructure was issued in November 2008.

The wind turbine type is Gamesa G90 and has a peak power of 2 MW. Dispersed on an area of 4.2 square kilometers the wind park is supposed to produce 80 GWh of electricity per year, thus resulting in saving 77,625 t of CO2 per year. Further technical details of the turbines can be found at table 1.

Information and educational measures mainly targeted young people and encompassed renewable energy, energy efficiency, environmental effects and economic aspects. Measures addressed schools and conferences and field trips were also held. The 4th SEMS Summer School from 28-29 April 2011 in Słubice, was a great success: 170 participants from Poland and Germany, most of them students, followed the lectures which gave a basic introduction into sustainable energy technologies and their application in communities and regions. The lectures of both summer schools are available on the SEMS website. There was also a scientific conference “Renewable Energy – development prospects for communities” on 27 April 2011, with about 110 participants from Poland and Germany attending.

A few new jobs at the new wind-farm were created, that will continue to exist.

Because of the difficult economic situation of the municipality it was a challenge to invest in public buildings. An energy performance assessment of several buildings was made, but they could not be refurbished within the project duration. In fact in the end the project targets had to be reviewed and only one school was refurbished and equipped with a biomass boiler. However, further schools should be refurbished after the end of SEMS. There is no technical investment for this type of action. Unfortunately, solid biomass is very expensive in Poland and it is problematic to convince citizens to invest. Financial constraints hamper interest in private solar installations. Solutions: The ECM effort is to change this situation and to conduct the city administration to refurbish public buildings. In connection with looking for additional sources to finance solar installation a contact to Fundacja Poszanowania Energii (Energy Conservation Foundation) and the company HETMAN CB that cooperates with the foundation was established. Both offer an integrated financial support up to 70 per cent of the installed solar systems. Because this solution is very attractive it aroused enormous interest among house owners.

In Słubice the integration of the Energy Change Management in the administration structure of the community was difficult in organisational and contractual respects. After a change of the Mayor in Słubice the procedure concerning selecting a strategic partner for ZEC (regional district heating owner) has been stopped and the offer of a company to build a biomass heat and power plant has not been taken into consideration. The earlier plan for wood pellet boiler house in nursery schools did not receive approval by new authorities of Słubice.

The CONCERTO programme obliged the SEMS core regions to undertake comprehensive monitoring and evaluation of their processes. Use of thermal imaging to identify retrofitting needs on existing educational buildings was helpful.

The Energy Change Managers (ECMs) with responsibility for information and communication activities, developing subsidy programmes and coordinating of local project activities in the core communities with the local partners. The intensive consultation activities of the energy change managers and the various communication activities were very successful in promoting uptake of relatively inexpensive measures such as installations of solar-thermal collectors, biomass heating systems, energy-saving heating pumps, etc. – even if no financial support was provided. Communication processes must successively build on implementation processes, focusing on the target group most relevant at the given stage in the process. The first target group would be people who are in a position to multiply support, later it could be “blockers” that hamper certain developments in the implementation process. The Consultancy centre was open for inhabitants every Thursday, from 12.00 till. 16.00. The consultant working within the project, Mr Józef Cygan, provided advice and consultations for the citizens of the municipality on energy saving and on the use of renewable energy sources.

The project adhered to a well-defined framework designed for regional energy transition initiatives, which had been developed under the preceding project “100RENET”. 100RENET defined 6 steps: preparation, regional analysis, definition of targets, regional action programme, implementation of measures and projects and monitoring and evaluation (with several iterations of the later steps).

As a result of the close proximity to Germany and the fact that a foreign investor is willing to invest money in the [municipality], an attempt was made to find a location for a 2-3MW photovoltaic park. The investor is interested in building a photovoltaic park - 15MWp. The municipality has taken action to find a building site for this investment that will meet investor´s expectations and it starts the procedure concerning changes to the spatial plan. For the future an even larger project has now been planned.

Proximity to Germany and a wish to learn from Germany in the run-up of joining the EU, collaboration with these neighbours was pushed, e.g. a joint conference was held. Even though Słubice was different to the 3 other partners (only a single municipality, not a whole region), the SEMS consortium worked very well – Słubice had access to good practice examples in the partnering communities and thus proof that it could be done.

ZEC, a regional district heating operator also conducted energy surveys of educational buildings and blocks of flats and prepared retrofitting strategies. Because of financial problems of the municipality, for the installation of 250 KW pellet boiler, installation of the second heating peak-load oil and back-up boiler (300KW) and the replacement of hot water pipes between building (for a leisure building) a private-public model was adopted. This model enables to arrange the capital costs and ongoing running costs into installments. The repayment period will be 5 years.

There are a number of activities that are still ongoing that grew out of SEMS: The municipality has applied for funding to refurbish 3 further schools for which energy audits had been done under SEMS. At the end of the project there were also plans for the municipality to build a 2MW biogas plant and a 1MW agricultural biogas plant. The Local CONCERTO coordinator was instrumental for both of these projects – he also helped to convince the mayor to set aside 230ha of land for a 120 MW PV installation. The mayor has promised to employ an energy manager to continue similar work within the municipality.

SEMS Video-clip (COMIC) developed by the SEMS Project in Weilerbach:
The old story of the Three little pigs, in the age of the Climate Change, needs to be reviewed: the little pigs, Semsi, Susi and Sibbi, have to face the Energie Riese (the Energy giant) who asks for increasingly higher energy costs. But Semsi, who built a Zero Emission Home, managed to find a way to solve the problem! For an audience of both children and adults, it is a promotion of a sustainable way of living.
Click here for the version with English subtitles, click here for the version in German language.