SCHOOL OF THE FUTURE Site Cesena 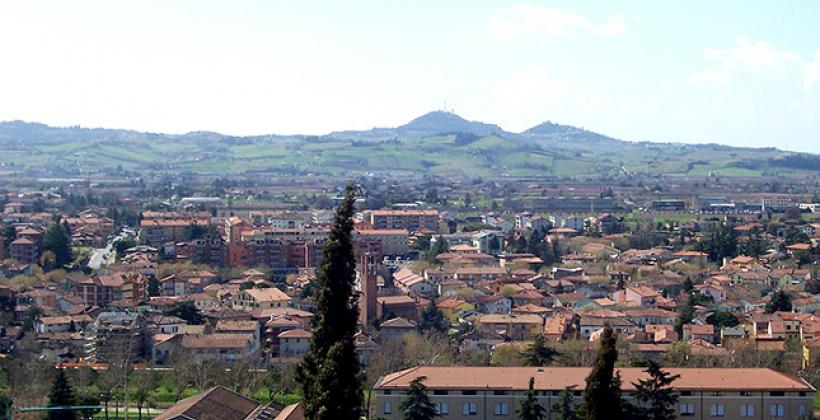 The Tito Maccio Plauto School, which was part of the SCHOOL OF THE FUTURE project, is located in Cesena in north-east Italy, close to the Adriatic Sea. The school, built in the 1960s, is an L-shaped building on three levels with a basement, part of which is used for music labs and the canteen. It has classrooms, labs, an administration area and a music hall, as well as a gym adjacent to the main building. The building hosts about 400 pupils and 40 to 50 teachers and caretakers.

The focus for the school in Cesena was on reducing the final energy consumption for space heating. The expected impact was estimated to achieve a total reduction of 84 %. The domestic hot water supply has not been changed and was estimated to be 1 kWh/m²/yr. The monitoring results show that the heating demand was 148 kWh/m²/yr before the implementation and 30 kWh/m²/yr after the interventions were deployed.

The analysis of the results shows that only a minor part of the energy consumption is used for electricity. The major part is used for space heating: 148 vs. 11 kWh/m²/yr before the intervention and 30 vs. 10 kWh/m²/yr after refurbishment.

The interventions deployed in the school in Cesena include:

The overall investment for energy-related work was EUR 950 000, where the largest share of EUR 706 580 covers the civil works (new windows, insulation of the building, etc.), followed by the new boilers with remote control worth EUR 114 000. According to the SCIS calculations based on the energy prices for gas and electricity taken from EUROSTAT data for Italy (year 2014), the school achieved savings of EUR 92 000 per year.

A payback period of 11 years has been calculated, taking into consideration the energy-related investment and the energy cost savings. However, considering the surplus electricity produced from the photovoltaic plant, this period could be reduced even further.