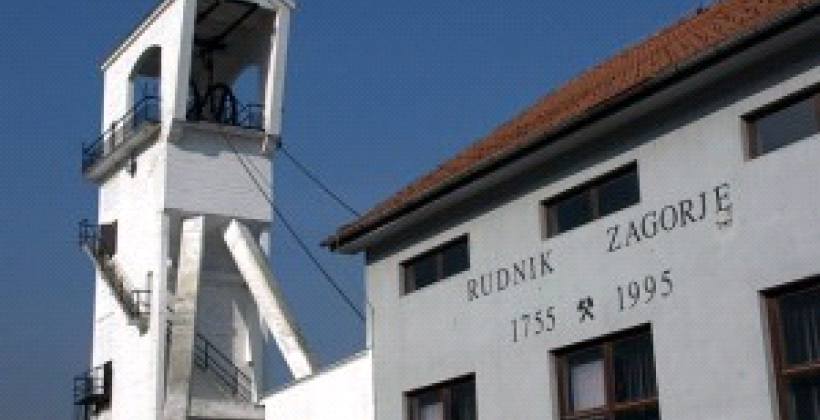 Zagorje is showing that locally available, low-valued renewable energy resources can be capitalized. In Zagorje´s case, it is water from abandoned mines. A system is being put in place that will use geothermal energy from mine-water to heat a youth centre and a primary school. The water has a temperature of around 33 to 34 degrees Celsius and will also be the source of cooling energy that is provided for the commercial buildings and a planned swimming pool.

This project contains 6,000 m² new and 2,000 m² existing buildings using mine water and 1,154 existing houses that are connected to the district heating network fed by a biomass CHP.

Solar thermal systems are installed at the swimming pool and the youth centre of the town. The youth centre was also equipped with a photovoltaic system of 50 m2. The first solar power plant of the municipality was connected to the country‘s power grid in March 2011. Its capacity is 13.88 kWpeak and an annual production of about 15,000 kWh is predicted.

From 2009 until 2011 there have been two extensions of the district-heating grid: the health centre of Zagorje and the fire brigade building were connected first, followed by an expansion to the Kidričeva street, where two residential and one commercial building were connected. The capacity of biomass boilers (all biomass is provided from local wood industry) feeding the grid has been enlarged to 3 MW and a cogeneration plant (CHP) based on biomass was added. One focus of the project is the use of geothermal energy by mine-water. There are two circuits, one connected to a warm mine-water well, one connected to a cold mine-water well. The first circuit is used for heating a new commerce centre (4,000 m²) and the municipal youth centre (1,350 m²). The second circuit supplies the public swimming pool (2,000 m²) for cooling and dehumidification.

In the demonstration area 25 of 28 building blocks are already connected to district heating. The 3 blocks with local heating will be connected to the biomass district-heating grid. In all blocks the DHW used to be generated by electric boilers, which now are replaced by heat exchangers connected in the grid. At a certain number of the blocks the building envelope is retrofitted according to CONCERTO standards. The installation of energy monitoring via telemetry was completed in three public buildings. Additionally internal environmental parameters (air temperature and humidity, CO2 concentration) are monitored in order to ensure a healthy indoor environment.

A mobile demonstration unit, called OLEA, was developed (Picture 2). It is a low energy and self-sufficient box and it demonstrates new concepts of low-exergy technologies based on renewable sources.

The University of Ljubljana (Faculty of Mechanical Engineering, FME) finalised a sustainable energy action plan for the local community of Zagorje. Herein detailed the technical potential of renewable energy sources and energy efficiency measures by sectors is worked out together with an action plan and financial aspects until 2020. The goal was to ensure an energy supply for the community, which is economically and environmentally efficient on the long term. The study incorporates detailed analyses of current consumption and suggestion of measures in buildings (public and private), public lighting, industry, commercial sectors and traffic (see Figure 1 and 2). 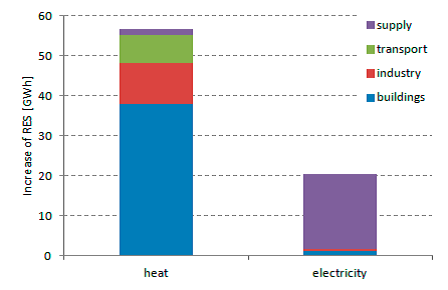 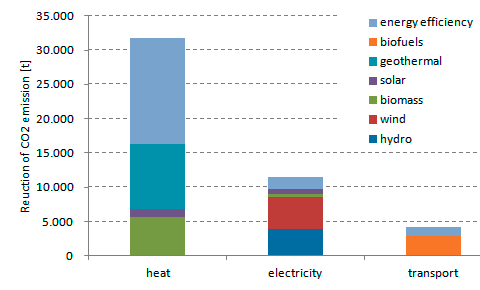 From 2009 until 2011 more than 250 existing dwellings were partly retrofitted according to the CONCERTO standard (Picture 3). Energy efficiency was mainly improved by adding additional thermal insulation to the building envelope, by additional attic insulation and by replacement of the old windows. Figure 3 shows reduction of consumed heating energy for the years 2005 until 2010 in Polje Street (after a retrofit in 2009). Figure 4 shows the results of the retrofit at the municipal headquarter buildings in terms of the heating energy consumption.

In the demonstration area there are 28 blocks of which at the current state 25 blocks (1,100 dwellings) are already connected to the district-heating grid (fed by heat from biomass). In a following activity period the building envelope of several blocks will be totally retrofitted. Three blocks with 54 dwellings are not connected yet and have a local heating. They will be connected to the district-heating network. In all building blocks domestic hot water is heated by electric boilers. These electric boilers will be replaced by heat exchangers connected in the grid. 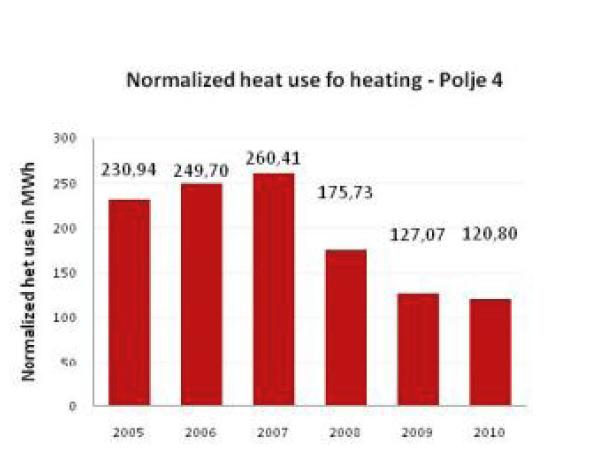 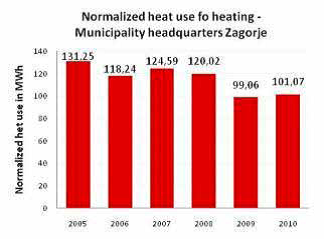 Figure 4 – Normalized consumption of heating energy at the municipal headquarters

Research unit OLEA is a low energy self-sufficient mobile unit (Picture 6 and 7). It demonstrates new concepts of low exergy technologies on the base of renewable sources. The unit serves to carry out regular events related to mine water use for heating of buildings, renewable energy exploitation and energy efficiency measures in the built environment.
The presented technological innovations are associated with the culture of mining, at the same time transcending it to show and promote sustainable energy systems. The interiors as well as the envelope of the unit mimic a mining shaft and are adapted to mining architecture. The mining heritage that shaped the region for 250 years is thereby kept alive. The research unit OLEA demonstrates the transition between a black, carbon based history and a green sustainable future in the municipality and wider region.
The unit demonstrates the following technologies: 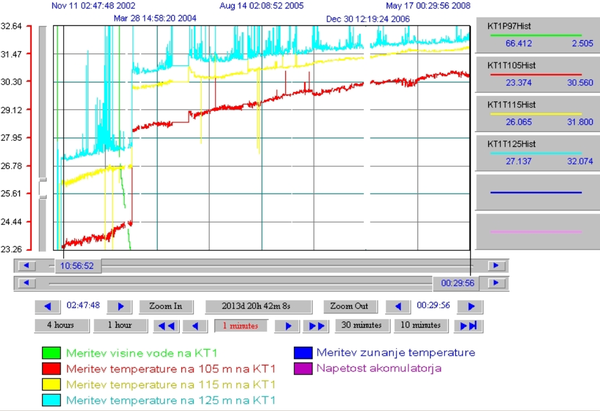 By using renewable energy sources, Zagorje is taking steps to clean itself up and to overcome a reputation of being one of the most polluted towns in Slovenia. The objective is to increase renewable energy supply by 60% compared to standard national practices.

Once the retrofitting of the residential buildings has been completed, the community will start to look at what can be done for a number of public buildings. Their energy performance is being monitored and calculations of their energy saving potential are being done, meaning Zagorje will be in an excellent position to further improve its energy performance.