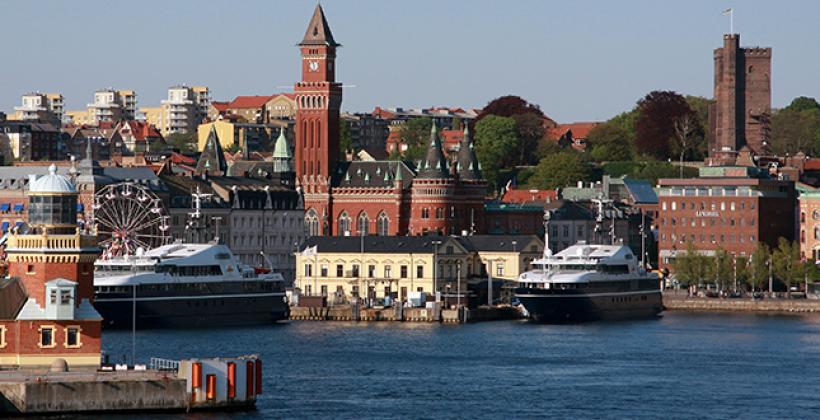 The city of Helsingborg had adopted an ambitious climate action plan by which the city had already achieved 88 % CO2 emissions reductions (compared with the 1997 level) and a less than 20 % share of fossil fuel, the final goal being carbon neutrality, or even exporting carbon-neutral energy to neighbouring areas. With this aim, the NEXT-BUILDINGS project realised very low-energy buildings as the first phase of a huge and very ambitious 311 000 m2 ecodistrict development. The new dwellings comprised not only of passive houses or zero-energy buildings, but also include active houses (a new category of houses that generate electricity and heat, and include user involvement and demand control), together forming a more sustainable new neighbourhood.

The new buildings were established as fill-in buildings in between the eco-rehabilitated buildings. They are active houses with a space heating demand of less than 16 kWh/m2/yr.

The implemented measures include: