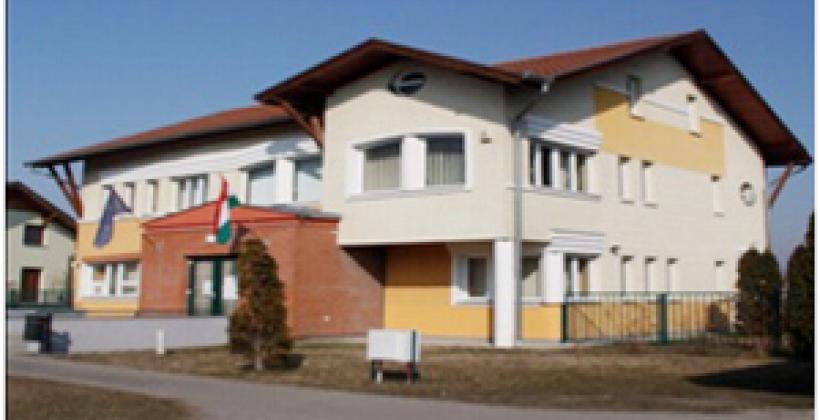 Mórahalom is a small community in Hungary known for its thermal baths. The balneological use of geothermal wells has a long tradition. A study from 2007 states that ‘87 % of the municipality’s energy use is based on natural gas which translates into 59 % of all annual municipal costs’. Based on these findings with innovation potential, the integration of renewable energy sources, and in particular geothermal heating and electricity generation, took centre stage in the town’s strategy and vision.

One of the specific developments that reflected this was the GEOCOM project, launched in 2010 with the objective to increase the visibility of direct heat applications of geothermal energy throughout Europe. The demonstration site in Mórahalom consisted of two refurbished buildings (an elementary school and kindergarten) that included an increase in the net heated area after the project implementation, two cogeneration facilities using free waste gas from geothermal wells for electricity and thermal energy generation, and public street lighting.

The total area covered in Mórahalom within the GEOCOM project is 11 275 m2. The implemented measures and mainly the cogeneration resulted in a reduction of the final energy demand of the site by 105 MWh per year. This is especially important since the project activities in fact increased the net heated area.

The street lighting system consumed 30 MWh/yr of grid electricity in 2013 before the renovation took place. In 2015 after the renovation, 93 % of the electricity was provided from a photovoltaic system, and due to the increase in efficiency the final energy consumption dropped by 57 % to 13 MWh/yr.

Due to the increased net heating area, there was an increase in the final energy demand for the buildings. However, the deployment of cogeneration combined with geothermal energy led to a total primary energy decrease for the buildings of 120 MWh/yr.

According to SCIS calculations based on energy monitoring data and the respective emission factors available, the primary energy savings go up to 650 MWh/yr while the CO2 reduction amounts to 167 tonnes every year for the whole demo site.

The priority of the GEOCOM project (Figure 1) is to further use the energy content of the low-enthalpy heating medium from geothermal resources, which has not been used yet. Therefore a high-performance heat-pump station will be established, to which the buildings of the “New Town Centre” (the new town-hall and the “Thermal Residential Park”) are connected through secondary heating circuits.

As an innovative element of the project the auxiliary power demand of the high-performance heat-pump heating station will be produced on-site by trapping the high methane content waste gas from the Cascade System’s new abstraction well. The heat from the CHP unit will be used as an supplementary source of heat for the abstracted water.

Two large existing building complexes will be retrofitted. One is the “Mora Cultural Centre”, Elementary and Grammar School (1,990 m², built 1935 and 1972) and the second one is a daycare kindergarten. A strong optimization of the building envelope will be performed (Picture 1). The insulation of walls is expected to decrease the heating demand by 12-14%, and the replacement of doors and windows will achieve an additional 16-21%, which means a total decrease of 28-35% in energy demand. Additionally, the doors and windows in the older parts of the kindergarten will be replaced, with an expected decrease of heating demand by 16-21%.

The planned solar collector systems will cover 64-68% of the energy demand to produce DHW at the daycare centre complex and 75-77% at the school sports hall.

Additionally, the modernization of the complete public lighting of the town center and switching to a solar-powered LED lighting system will be implemented.

Also the gas content of the geothermal water (CH4 content: 65-98%) is made usable by trapping it and driving CHP units. The produced electrical power of 60 kW from the CHP meets the auxiliary power, which is needed for the heat-pump heating station.

By this combination of technologies the exploitation of the geothermal water is pushed to a maximum level. Currently there is no thermal water and heat pump combined system with similar efficiency either in Hungary or elsewhere in Central-Eastern Europe.

The modernization of the complete public lighting of the town centre (Szent Laszlo Park, Millennium Alley, Central Bus Station, and the public transportation stops in the Concerto Area) will also take place with a changeover to solar-powered LED lighting system. The current lighting of the public area is provided by 36 W strip lights (connected power: 42 W/piece), and by 70W sodium lamps (connected power: 90 W/piece). The project participants plan to replace them with 10-12 W and 30 W LED lighting units, with installed powers of 15 W and 38 W, where the electricity is provided by photovoltaic cells.

Two large existing building complexes will be retrofitted. One is the “Mora Cultural Centre”, Elementary and secondary School and the second one is a daycare kindergarten (Figure 2). The first complex has been built in 1935 and 1972 and has a floor area of 1,990 m² (1430 m² + 560 m²).

Almost 2,000 m² of the walls with bad thermal parameters will be insulated and upgraded to meet standards and recommended requirements (Picture 2). Beside the insulation of walls, the draughty doors and windows (Figure 1) will be replaced with ones with a total heat transmission coefficient of Uw=1.2-1.3 W/m²K (glazing: Ug=1 W/m²K coefficient). The insulation of walls is expected to decrease the heat demand by 12-14%, and the replacement of doors and windows by an additional 16-21%, which means a total decrease of 28-35% in energy demand. Additionally, the doors and windows in the older parts of the Kindergarten will be replaced, with an expected heat demand decrease of 16-21%. At the elementary and secondary school an intelligent system for controlling ventilation and shading (during the summer) will be installed.

The “Mora Cultural Centre”, School and Gymnasium has an annual energy consumption for heating of about 135,000 m³ natural gas. At the current state 82% of the annual budget are spent on heating. By the GEOCOM measures, gas amount of approx. 122,000 m³/a will be replaced by geothermal energy. Retrofitting measures of these buildings will be accompanied by a solar collector system of 175 m² of vertical plate collectors and the related engineering are planned, which is able to produce a hot water amount of 17,500 l/day. The coverage fraction of hot water preparation will be 75-77%.

The solar collector systems planned at the daycare kindergarten centre complex will cover 64-68% of the energy demand in DHW-production.

The implemented measures in Mórahalom include:

The key benefits include lower municipal costs in heating / cooling public buildings, public lighting, better use of geothermal resources, lower methane production (by use of gas engines on thermal production wells), raised public awareness, and, obviously an improved image of the area.

3 persons spent at least 2 hours a day on the project (management issues, public procurement, financial issues, communication etc)- it means a great increase in their expertise. Also, the pilot site served as a practical training facility for the MSC and PhD students of the University of Szeged (engineers, regional development majors, geologists) – around 20 new students visit the pilot site annually.

Lack of highly trained engineers, economists etc. in the public sector (in this case at the municipality). External experts were contracted and provided professional as well as prohibitively expensive services.

High, and ever increasing construction costs hindered all developments. Prices given at the planning phase of the project were very much underestimated due to rocketing costs in RES industry. Costs were estimated in Euro, hence at least the poor performance of the local currency was not an issue.

Public procurement requirements made all procurement last at least 60 days, but more generally 90. That was a lot of time and made accurate planning next to impossible. Project implementation periods were prolonged but obviously there was a final deadline.

The whole community was addressed by the project but students and children at the kindergarten and school were very much in the centre of the communication activities.

The project aimed at the development of RES in the town center by renewing public buildings.

Economic crisis hit hard in Hungary and municipalities were among those who suffer a lot from debts.

Mórahalom had great experience in project planning, management and implementations including those that require own financial contribution. In this case too, EU funding was complemented by own sources of the municipality.

The Municipality of Mórahalom and the University of Szeged keeped on working on related, synergic projects. The main focus at the participating department of the University was the sustainable use of geothermal energy, while Mórahalom capitalized on this research in actual developments. A collaboration of these two partners was in a National Technology Programme financed project entitled: Geothermal research-development for the sustainable abstraction of thermal water sources in the south great plain region: dynamic water resource modeling, reinjection into sandstone and development of dephenolization technology.

The purpose of the CONCERTO project is to demonstrate total utilisation of geothermal  energy. Therefor it is proposed that the cascade system is retrofitted and complemented with a new element . The auxiliary power demand of 60 kW for the heat-pump heating station will be met by trapping of methane of the new abstraction well of the cascade system, while the electric power produced by trapping of the methane of the B40 well at the spa will be used at the Thermal Spa.

As part of the retrofitting elements public buildings will be refurbished: the Mora Cultural Centre, School and Gymnasium, and the Kindergarten - Day-care Centre Complex.

On the currently neglected slum-type area in the town's southern part, Morahalom plans the establishment of a "New Town Centre", which will be an example to follow even on international level, by maximally taking into consideration the local energy source features. The "New Town Centre" will include a new Town Hall, service and public institutions, and 12 large and small dwelling units (Thermal Residential Park).