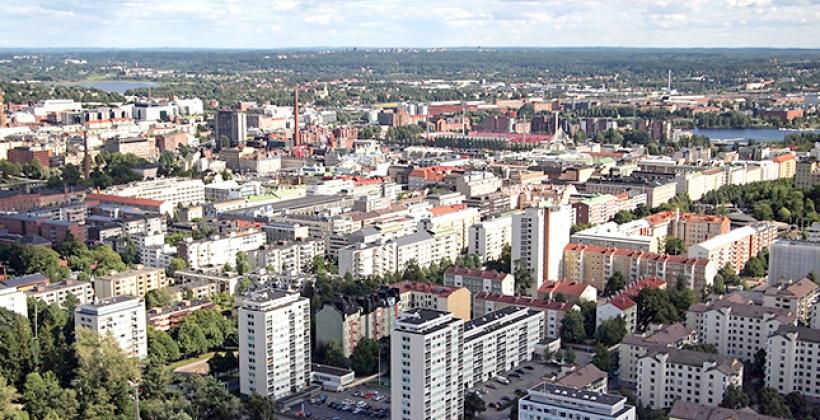 Tampere is located on the banks of the Tammerkoski rapids, between two lakes, Näsijärvi and Pyhäjärvi. It is the third biggest city in Finland, and the biggest inland city in the Nordic countries with 215 168 inhabitants.

The EU-GUGLE demonstration takes place in Tammela, a sparsely built traditional residential area beside the city centre and the railway. The district characteristics feature a traditional square plan with building stock, a vivid market square and parks. The building stock consists of apartment buildings mostly built between 1960s and 1980s. Buildings and sites are owned by private households via Limited Liability Housing Company system. 440 dwellings are to be renovated with an area of 32 300 m2 and 660 inhabitants.

* Further information regarding the technical and economic performance will be available at a later stage.

These positive environmental values are likely to increase when more information is reported by the project.

* Information regarding the economic performance will be available at a later stage.

The measures implemented in Tampere are: