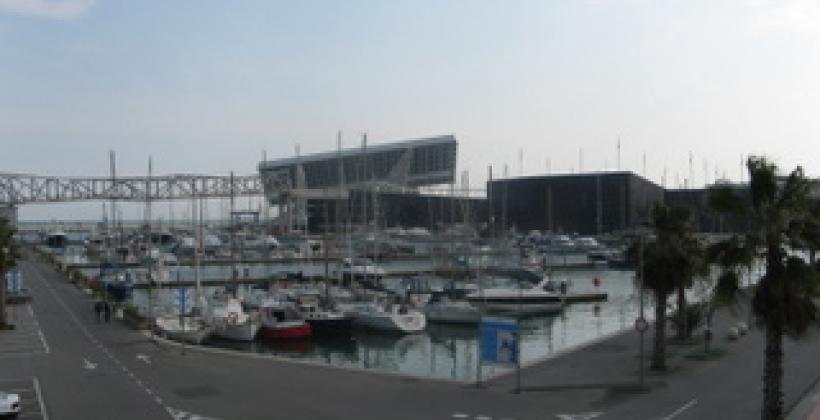 Viladecans with 64,277 inhabitants is part of the complex regional web that is the metropolitan area ov Barcelona. It is a coastal community, 12 km from Barcelona. It has seen fast population growth, with a number of inhabitants moving from other parts of Spain, and planning and development in the district has been unstructured. Households in the area have lower income and higher unemployment than the regional average.

The objective in Viladecans is to ensure that future development is more structured than the developments of the past, and that more streamlined energy approaches can be integrated into communities economically and efficiently.

The CONCERTO activities in Viladecans are part of the city’s commitment to reducing CO2 emissions; hence the promotion of sustainable development has a high priority on the community’s agenda. As part of the cRRescendo project five public buildings were either newly built or largely refurbished like the new children’s day care centre and the sports building or the refurbishment of a youth cultural centre, a historical cultural centre and a municipal building. The planned 60 new social eco-dwelling which should be built with high energy efficiency requirements were cancelled due to the heavy impacts of the recession on Viladecans.

In October 2008 the first demonstration building, the new day care centre „La Pineda“ for about 100 children, was commissioned. U-values are 0.54 W/(m²K) for the envelope, 0.30 W/(m²K) for the roof, 0.50 W/(m²K) for the ground floor and 1.24 W/(m²K) for the windows. Also solar water systems (12.5 m² collector area) and photovoltaics (13.9 kWpeak) have been implemented, as well as high efficiency lighting and cooling and a better use of passive solar energy.
The „Can Xic“ Cultural Centre for Youth (Picture 2) has been retrofitted and opened in May 2009. The building has been established with a high-insulated envelope as well as high efficient cooling, heating and lighting. There is a photovoltaic installation of 6 kWpeak on the roof.

In 2005, the residential sector was responsible for 21 % of the total energy consumption in the city of Viladecans; 0.98 tCO2eq per inhabitant and in total 60,003 tCO2eq were emitted . As a consequence, the municipality of Viladecans makes efforts to reduce the emissions, mainly in the building sector, by enacting the Local Dwelling Plan 2008-2019.

As a first step, surveys were conducted to find out about the energy consumption at the domestic level. Conclusions, which could be derived from this survey, were that the typical residential building type in Viladecans is an apartment building with an average apartment size of 97.5 m² and 3 occupants; the construction year of 60 % of the buildings date before 1980, the average year of construction is 1979; only 50 % of the dwellings have double-glazed windows.

Furthermore, 56 % of the buildings are heated with natural gas, 22 % have an electrical heating system. In average, the heating is turned on for 5 h/day during winter period to an average indoor temperature of 21.7 °C. Cooling systems are used in 50 % of the dwellings and are turned on for 4 h/day in summer with 22.8 °C as an average set point. Domestic hot water is generated mostly by natural gas boilers (76%) and butane boilers (15%). As far as the saving of water or electricity is concerned, it can be stated that the awareness for energy saving needs is existing, though the practical experience shows a different picture: Only 15% of the dwellings possess water saving systems, though the inhabitants are aware of water scarcity in Spain, and only 4% of the dwellings have exclusively efficient light bulbs - 79% have at least some efficient light bulbs. For the time being, only 2% of the buildings have solar thermal panels installed on their roofs. The annual average consumption of a dwelling in Viladecans is displayed in Table 1.

Table 1 – Average annual consumption of a dwelling in Viladecans

In a second step, important energy saving measures at the domestic level were identified, e.g. for the reduction of the heating energy consumption, a better insulation of the building and the use of passive solar gains was proposed; for the cooling energy consumption, the passive solar protection and also a better insulation could be implemented. For the reduction of the domestic hot water use, water flow controller or a reduced set point temperature is possible. The electricity consumption for lighting can be minimized by the installation of high efficiency lighting.

The results of this survey flew into the research and training actions in Viladecans. The addressees of these campaigns were e.g. families, school kids and participants in educational programmes for adults. Part of the research actions in Viladecans were energy workshops in schools and for families and the development of a Plan for Sustainable Energy in Viladecans. The training sessions comprise two courses for advanced vocational training for “Solar Thermal Installations” (40 h) and “Photovoltaic Installations” (40 h). Furthermore, a course for unemployed people was created in which they can achieve the qualification of a “Solar Thermal and PV Installer” (540 h).

In order to set a good example, the municipality of Viladecans implemented several sustainable measures in five municipal buildings in the city (described in the basic technology mix text). In the following, preliminary conclusions for the LA PINEDA children daycare centre, the CAN XIC Youth Centre, the PABLO PICASSO Auditorium/CAN AMAT Cultural Centre, the CEIP Ponent School and the TORRE ROJA Sport Facilities are presented.

The new LA PINEDA children daycare centre has a higher heat consumption than expected due to the longer opening hours of the centre. In return, the electricity consumption is lower than expected. The cooling and hot water demand are more or less in line with the CONCERTO specifications. The results are shown in Figure 1. Solar hot water generation is only 50 % of the CONCERTO specifications. Due to some incidences with collector liquid losses in the primary circuit, the system was shut down for a while.

The electricity consumption of the CAN XIC Youth Centre is higher than expected, the heating and cooling demand seem to be significantly better than the CONCERTO targets (Figure 2). For interpretation, it should be taken into consideration that cooling monitoring data was only available for three months in which one third of the yearly cooling degree days occurred.

In the data of the PABLO PICASSO Auditorium/CAN AMAT Cultural Centre, that was refurbished by 11 unemployed people, seems to be a data collection error due to the short distance between regulation elements and meter. It will be modified and enhanced (Figure 3). For the time being, only four months of data are available. The extrapolation to a complete year is difficult, especially for heating consumption data as the heating season was just over when the monitoring started. Therefore, the data can only be taken as indicative. Nevertheless, the data for cooling and electricity consumption seem to be reasonable and in line with the CONCERTO specifications.

Future actions planned by the Municipality of Viladecans for a sustainable future are a higher efficiency of the heating systems and the lighting for municipal buildings. Every municipal building should have an energy manager and energy audits should be performed in these buildings. Furthermore, the traffic lights should be substituted by LED systems. Municipal transport and mobility vehicles should be fed by biodiesel and 20% of the fleet should be hybrid vehicles; the implementation of PV panels and solar thermal systems should be expanded during the coming years and a pilot project for solar cooling should be implemented. 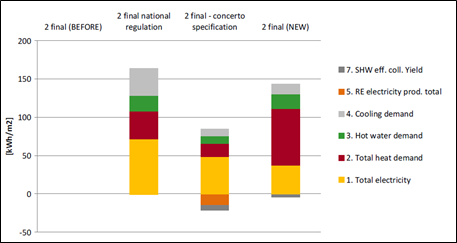 Figure 2 – Can Xic Youth Centre, comparison of final energy per m² according to national regulation, CONCERTO specification and monitored data

To what extent can households generate their own energy from renewable sources, becoming independent from the grid? Viladecans is showing that solar energy for hot water heating can provide a good proportion of a household´s energy needs.

Each public building (5) will be equipped with a 6 kWp PV system (36 kW) and a solar thermal system (191 m²). There will be PV installations on industrial and office roofs as well as public gardens (306 kW). In total there will be 342 kW PV installed for the community.

These measures will lead to a saving of ca. 30%

Together with the RES measures this will lead to an overall saving of ca. 30%.
For 5 public buildings the following measures will be applied: thermal insulation, high efficient air conditioning, external shading measures, and low infiltration.

Business Case:
On September 2012, 300 students started classes in the new primary school Ponent, on the West District of Viladecans City, Spain. A new generation of smart devices and energy systems make the school as the first “Smart School” in the municipality. Light sensors, digital blackboards, fibre optic cable or photovoltaic panels for energy self-consumption are some of the elements that this building has, becoming a model for other equipments in the city.
The school has the maximum building certification in terms of energy efficiency awarded by ICAEN (Catalan Institute of Energy), in addition to modern lighting and heating systems and other “smart” devices that make energy performance very high. Read more of the press-note.