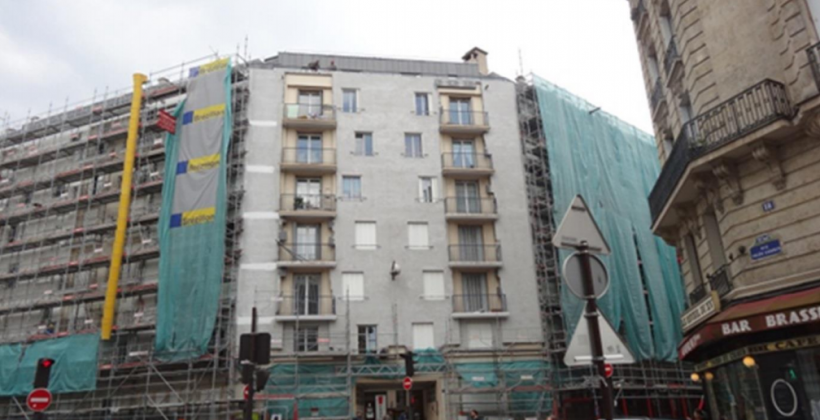 The French demonstration site of the BEEM-UP project is located in the centre of Paris. The demonstration building is surrounded by buildings of similar height and is composed of 87 dwellings built around 1950. In 1993, the building was renovated (outer insulation, double-glazed windows, boilers), but it needed a major upgrade to become a pilot and an example for bringing the rest of the housing park to the low energy standard for renovated buildings, with a consumption target of less than 104 kWh/m²/yr for HVAC, hot water and lighting.

The demonstration site in Paris consists of an overall gross floor area of 5759 m² (heated area: 4352 m²) that has been refurbished in the project. The monitored energy values before the intervention were 351 kWh/m²/yr and 149 kWh/m²/yr after the project. The results show that the heating demand for space heating exceeded 234 kWh/m² per year and represented the largest energy consumption. The interventions for the retrofit reduced the space heating demand to below 73 kWh/m²/yr, and the electricity needs were cut by more than half, from 100 kWh/m²/yr to 47 kWh/m²/yr.

Important differences were found between the expected savings and the real performance of the systems. The following explanation can account for these differences:

Future projects need to take these issues into account in order to help improve the estimate impact and improve the output.

The financial return for the project is more than 30 years. This is relatively long, but as a demonstration for a non-mature innovation under testing it can in fact be considered as short and could improve using the lessons learned. The rental value after refurbishment would also positively affect the return on investment, which was not taken into account in the calculation.