THERMOSS - Retrofitting Buildings for all Climates 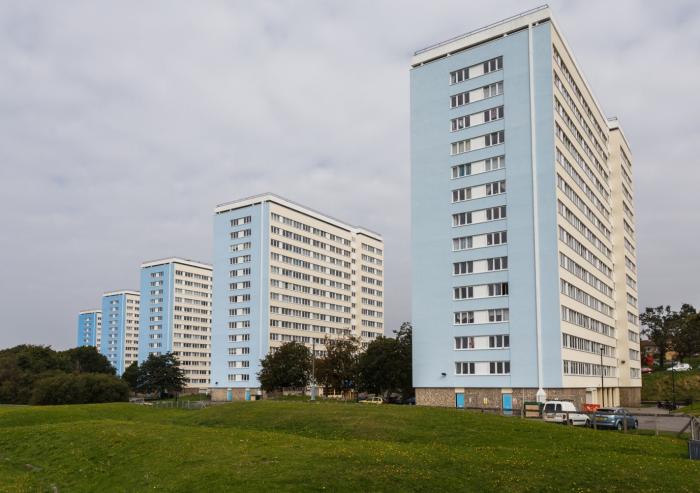 Federica Fuligni: Federica is a Project Manager and Architectural Engineer at Exergy, the company leading the project. Exergy has two main departments, Sustainable Processes and Green Buildings and Cities, where a specialised team deals with Heating, Ventilation and Air Conditioning (HVAC) systems, circular economy and smart cities projects. Her role is to co-ordinate and manage the demonstration activities and ensure that sustainability is always the driving force behind any initiatives

Victoria Aragon (MSc,MEng): Victoria is a Research Engineer at the Sustainable Energy Research Group (SERG) which is part of the Energy and Climate Change Division (ECCD) within the Faculty of Engineering and the Environment at the University of Southampton. Southampton University’s Sustainable Energy Research Group (SERG). SERG researches energy efficiency in the built environment and has 8 core focus area, including Energy and Behaviour, Data and Modelling, and Energy and Buildings. Her scientific and engineering background is vital to the success of the project. The data gleaned from the 2 demonstrator sites is also aggregated and analysed. Victoria has presented a preliminary analysis of the energy demand in one of the UK demonstration sites at the International Conference on Renewable Energy 2018, and the 2018 Building Performance Analysis Conference and SimBuild Co-organized by ASHRAE and IBPSA-USA2. Further analysis of the monitoring data is being undertaken, on evaluating the impact of the technologies deployed in the energy consumption of the buildings, as well as occupant thermal comfort and usage of heating systems.

The world is becoming urbanised: 80% of the global population now live in cities and that percentage is increasing daily. From an energy perspective, cities are faced with the double problem of providing affordable power to all residents, while moving to a more sustainable way of generating it in order to combat climate change. We do not take advantage of freely available energy the way we should; while wind and solar energy are being harnessed, our urban environment generates heat that dissipates into the environment and is not harvested.

The THERMOSS project, funded by the European Union, commenced in 2016 and is developing a reusable set of retrofitting solutions that can be used across Europe. We spoke to Federica Fuligni of Exergy, an English engineering consultancy, who is coordinating the project, and Victoria Aragon from the Energy and Climate Change Division at the University of Southampton, one of 15 organisations collaborating in the project.

The EU has committed itself to combatting climate change via strategies such as adopting renewable energy and reducing reliance on fossil fuels for heating and cooling. One of the pragmatic solutions to both reducing demand and increasing efficiency is the retrofitting of the built environment. Large commercial and residential buildings are being fitted with various technologies, such as heat pumps and sensors, both to measure efficiency and to collect excess energy and pump it back into the grid.

The objectives of Thermoss are to develop a set of five retrofit technology solutions that are scaled to fit a range of buildings from a single stand-alone residential building to a group of connected buildings such as flats or municipal offices. The aim is to use best of breed COTS (commercial-off-the-shelf) solutions from players in the European market, such as Bosch, Schneider Electric and SolidPower and find a best-fit solution, as well as integrating new aspects of real-time communication and optimisation. Scalability, availability and energy efficiency are three of the critical success factors in selecting the tools.

The project also focuses on local and regional variations, especially climate and legislation. Variances in legislation can be found from country to country, ranging from tax benefits to restrictions on whether a customer can sell energy back to the grid. What will work climatically for the Riga sites will not be applicable to the San Sebastian ones so the project has factored in local climate as a differentiator. Seven demonstration sites that cover several regions have been selected in France, Latvia, Spain, Switzerland and the United Kingdom; we will look at the UK options.

Hale Court is a retirement home with 80 flats in total divided in two twin blocks, which have central heating systems powered by gas boilers. One building is retrofitted, while the twin building has been left unchanged to provide a control for the proof of concept. Gas absorption heat pumps from Bosch will be installed in the plant room and temperature and humidity sensors from Schneider Electric have been installed in residents’ flats. Flow meters record temperatures and rates in the plant rooms.  Additionally, Smart Thermostatic Valves will be installed in radiators inside flats and common areas; the data from the valves readings will be used to understand how residents use their heating and design optimisation strategies for the operation of the heating system. The climate is classified as oceanic, and a weather station has also been installed to collect external data.

International Way is a cluster of five thirteen-story tower blocks of 100 flats each. These buildings have recently been partially retrofitted incorporating an individual heat network to supply heat for heating and hot water to all flats in each building. One floor of one of the towers is being fitted with a wall-mounted heat interface unit (HIU) from Bosch in each flat, which aims to improve the efficiency of the central heating system powered by gas boilers, by operating with a lower return temperature.

The project is being monitored in each flat, the plant room and the distribution network using IoT sensors. Again, the location is oceanic and a weather station has been installed.

Some of the Challenges Encountered

Older British buildings were built to manage cold weather conditions and are generally very energy-inefficient, which is why retrofitting is such an important activity; it gives the opportunity to reassess the energy needs both in light of climate change and old technologies used. One of the main challenges was finding a way to incorporate the Technology Packages in a site that was not designed with this equipment in mind. For example, in Portsmouth.

In Hale Court, however the change from gas boilers to Gas Absorption Heat Pumps (GAHPs) involved having to redesign the plant room and incorporating storage, as well as finding a suitable outdoor location for the GAHPs to assure compliance with safety regulations and avoid structural changes in the building as well as disturbing residents. Although the system was not efficient, residents were satisfied with conditions and were using high levels of heating.

A common challenge for most smart city initiatives is encouraging citizens to become active participants. Other energy projects we spoke to had a similar problem, mainly because the energy supply is already in place, and not a burning issue for the people affected by the project. This was addressed through collaborating with local councils and building management officers to approach residents, and citizens from Portsmouth and Southampton are now participating in the project.

Selection of monitoring equipment was identified as a challenge given the scale of the buildings. For this project non-intrusive accurate sensors were required to monitor the supply of heating throughout the buildings without disrupting heat provision or requiring major works. The University of Southampton has vast experience with designing and executing monitoring studies in buildings. This together with the collaboration of other project partners, such as Schneider, contributed to selecting the best fitting set of sensors for the project.

The challenge of getting willing participants did affect deployment, as permission had to be granted to access the participants’ flats and install sensors and devices. Once participants had joined the project, the monitoring hardware was rolled out speedily, and the project was fully on-stream.

An additional challenge is installing the equipment whilst minimising the works and costs as well as the disruption of heat provision to residents. To solve this, the team work together with the Councils and contractors to select the best possible timing for organising and conducting the works. Furthermore, there are extra challenges when working on site, as some of the technical information from the sites can be outdated. This requires inspections of the building and the systems.

The Current Status - On Track and Collaborating

These demonstration sites are operating to specification and are targeted to meet all the objectives by the time the project is completed in 2020. It is hoped that the toolsets configured, together with those designed in the other European sites, will be readily adopted by other European cities. The success of the THERMOSS project has also inspired other similar projects to request collaboration from the Thermoss team and they regularly present papers at smart cities and sustainable energy events globally.