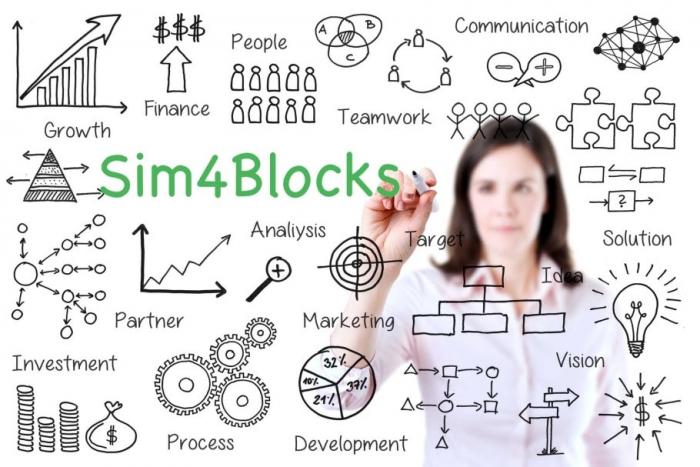 Dirk is the managing director of Enisyst GmbH, a company providing intelligent control solutions for thermal and electrical energy systems on building and district level. In Sim4Blocks they are responsible for the implementation of control hardware and software enabling demand response activities in different buildings and applications in Wüstenrot

The traditional energy model, where a city, region or even a whole country, is reliant on a single utility that generates power and supplies it to governmental, commercial and retail consumers is steadily dying out. The emergence of renewable energy as a substitute for fossil fuel, as well as the implications of climate change, have given rise to the smartgrid, a bi-directional model, where the consumer is not merely a receiver of electricity, but can also resell excess capacity back to the grid. The rise of the microgrid is also part of the disruption of the old way of doing things.

To this end, Wüstenrot Municipality has planned to become independent of the grid and self-sufficient, as well as generating its power needs solely with renewable energy sources, by 2020. Power is already being generated using biomass plants, heat pumps, photovoltaic solar panels (PV) and solar thermal systems.

Some of the older buildings that form part of this project have been retrofitted to be more energy-efficient, to catch up with the newer buildings that have been designed with energy efficiency in mind. However, the most vital part of the move to self-sufficiency is the citizen of Wüstenrot, who must become an active consumer of heat and electricity by adopting the practices of demand response.

What is Demand Response?

Demand response is a reversal of the traditional way of supplying power to consumers, where power was generated, often at a coal-fired plant, fed into the transmission grid and then into the lower voltage distribution grid and then on to the consumer. There was a single price based on kilowatt-hours (kWh) and the consumer was a net receiver of the energy supply.

Management of energy in the future requires that the consumer become an active participant in balancing the energy load, especially with the introduction of renewable energy, which is cleaner and sustainable but does not always have the reliability of supply that fossil fuels provide. Solar and wind energy can veer between too little supply and over-supply.

This is what demand response is all about; using excess power when available and reducing the demand on the grid when supply is constrained. Consumers should also be able to sell their own excess supply back to the grid, or even in a peer-to-peer transaction. Although most countries are on the journey to successful demand management, they still have a way to travel. The EU has committed itself to cleaner, more efficient and renewable power, and this project is one of many seeking solutions to these challenges.

Sim4Blocks is a project that has received funding from the European Union’s Horizon 2020 research programme, and Wüstenrot, near Stuttgart, is one of three cities participating in this project; the other two are at St Cugat, near Barcelona, in Spain and at Krommen Kelchbach in the Naters district of Switzerland.

We spoke to Dr Dirk Pietrushka, managing director of Enisyst GmbH, about the Wüstenrot demonstration site.

Following on Wüstenrot’s earlier initiatives to migrate to renewable energy, Sim4Blocks has three pilot sites where a designated city block is used to prove a specific demand response concept. Below are condensed descriptions, with more detail available at the website.

This is a block of 5 residential and public buildings, including the City Hall which is provided with a power-to-heat system driven by a minigrid utilizing biomass and solar thermal energy. The power supply is supplemented by thermal mass drawn off the public buildings and a 9 m2 hot water storage system. To get the citizens involved in this pilot as active participants in demand response, smart meters are being installed in the residential block.

This is a district of 16 new, energy-efficient residential buildings, the ‘Vordere Viehweide’. This is an energy-neutral system where the energy is sourced from geothermal, photovoltaic cells and heat pumps. The heat pumps are powered by a central cold-water heating grid connected to a near-surface geothermal system.

The energy load is balanced for the whole district via predictive analytics in the cloud. The analyses utilise weather forecasts and availability of supply, first to determine the overall district load profile and then the load profile for each building. The profile dictates the heat pump operation and energy storage for each building via a local controller.

The third pilot is on a larger scale and uses Wüstenrot’s 3D City Model (or digital twin) to predict what solar PV generation and transmission is required by the municipality as a whole, using data streamed from the sub-stations to update the city model. The results are applied to ensure that the distribution grids have the required quality of supply. Pricing will be based on time-of-use and customers will benefit by opting to use power outside peak demand time.

This pilot requires extensive smart meter installation, both for residential and commercial users. A key objective is to engage commercial users in demand response management, because their higher power needs will have a great impact on balancing the energy load. The pump stations both for Wüstenrot’s fresh water and for sewage are also good subjects for load-shifting and will be part of the pilot.

Some of the Challenges Encountered

The project is progressing well, but has encountered a few roadblocks en route.

Industry 4.0 is bringing disruption to all sectors of the economy, and legislation crafted for previous technologies and business models is frequently a barrier to progress. This is very true for the energy sector. For over a century, the focus has been on supply and the entity generating and distributing the supply. The advent of the smart grid has moved the emphasis to the consumer and the demand side. Most existing legislation does not consider a consumer selling excess capacity back to the grid.

The recognition of aggregators, third parties who would accumulate and manage excess capacity from demand-side clients, is also absent from most European policy documents. As many of these policies were written to favour the generators and suppliers, and their natural monopolies, there are clauses actively protecting them and vetoing the entrance of competitors into the power supply network. Such legislation needs to be unbundled and liberalised, as it is hampering progress.

While renewable energy is clearly the sustainable solution for the 21st century, its detractors criticize the fact that it is unreliable; there is no solar power at night and no wind power when there is no wind. Conversely, solar and wind generation can provide too much power at peak performance. Power can be stored, but the costs of batteries are prohibitively expensive. There is a race to bring down the price of batteries, but while that is being run, a city that wants to rely on renewables needs also to have an active citizenry who manage their power demand through demand response.

While citizens are generally receptive to the installation of smart meters and the concept of demand response, it requires extra effort and a new way of thinking about energy use. The consumer needs to be aware of peak times as well as the energy requirements of different devices. Time-of-use pricing helps in this respect, as the cost-savings from using off-peak power are a good incentive. However, it takes time to change the mindset of the consumers and get them to be proactive about managing their demand.