Taking the lead in Valladolid 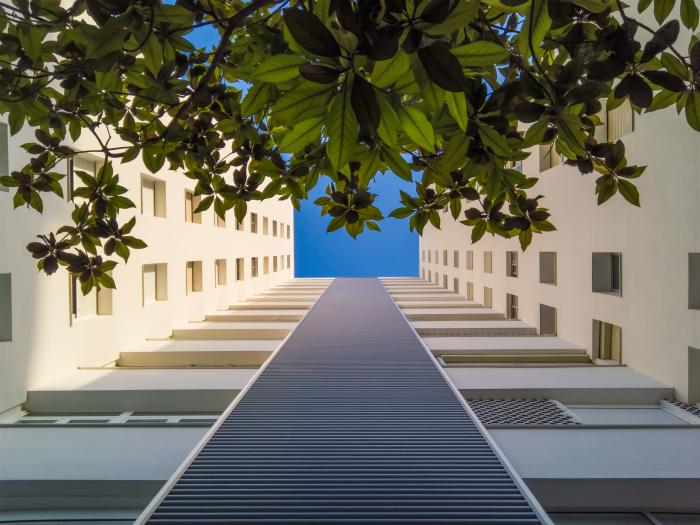 Homeowners in Laguna de Duero had a problem. The energy network was not working well, and they decided the district needed an upgrade. That is where the CityFied project stepped in, offering a new district heat network fuelled by biogas, and retrofitting to make homes more energy efficient. Monitoring in the project is still in its early stages, but it already looks like the upshot of this intervention is 35% lower energy consumption and 90% Co2 emission reduction through the switch to biogas, with almost 70% of the 4,000 residents involved reporting that they were ‘very satisfied’ with the results.

But it wasn’t all plain sailing. Despite the fact that residents had come forward with the initial request for improvement, there were some people who were less than pleased once things got going. There was even a group that, though it consisted of less than 20 people, was extremely vociferous in their objection to the project.

The residents had only asked for a better heating system. For some of them, all this stuff with insulation, smart meters and Co2 reduction was going too far. As the ultimate goal of CityFied was to improve the lives of people in cities, these objections were taken very seriously, and an attempt to understand and mediate the desires of the thousands of residents was launched.

This for each building, one or two representative owners would come to make decisions about which measures would be best for the community within that building. Once construction was underway, an email went out every Friday to get feedback from all residents, keeping updated on their feelings and swiftly identifying any problems that may have cropped up.

Besides plenty of meetings, an information website, and other common techniques of engagement, the CityFied project identified one extremely effective method of building relations with residents. Some of the people working for the construction company executing the retrofit were from the local community.

These employees were trained as ‘ambassadors’ who could explain what was happening and why to other locals, as well as taking on board difficulties and concerns. Using ambassadors was key to creating widespread acceptance among those who were initially sceptical about the project.

The budget for the Laguna de Duero demo site of the CityFied project came to €16 million. Of this, the European Commission generously supplied €8 million. So where did the rest of the money come from? In a move that I will certainly be looking at the next time I need work done in my own home, CityFied came to an arrangement whereby the construction and insulation companies paid for their own work.

The companies reached into their own coffers in return for an agreement: the profits from the energy savings achieved would accrue to them for a period of 20-25 years. This method of funding is a huge double win: Not only does it ensure that residents need not cover any upfront costs for improvements to their homes, but it also means that there is an enormous incentive for the companies involved to work hard for the most effective interventions possible – their profit is tied directly to the energy savings they can achieve.

When asked about the lessons for the future that came out of all the time and money invested in this project, Estefanía Vallejo Ortega, architect at the Cartif Technology Centre, had a couple of key messages. The first was that more programmes need to be put in place at municipal level to incentivise these changes. As the initial investment is high, and the savings, though proven, are long-term, it is very tough to convince people to make the switch to more energy efficient homes. And yet, if Europe is to achieve its climate targets, this switch is an essential one.

The second point was the need for more common-sense regulation. Ms. Vallejo Ortega explained that they did not even attempt to deal with solar panels in this project, which could have provided a huge advantage to residents, simply because the Spanish regulations around small-scale energy generation are so complex and costly.

Under the regulations at the time, residents harvesting solar power would actually have had to pay a fee to send that much needed energy back into the grid. Thankfully, the new local government has updated these regulations, and solar panels will be a part of the next project that Cartif take on. However, in many parts of Europe this issue still looms large.

Despite all the challenges, Ms. Vallejo Ortega was able to identify one obvious ‘easy win.’ Collaborating with partners across several European cities, sharing insights and working together to overcome difficulties made the work far more manageable. Challenges identified and solved in one city saved work in all the other cities, and putting their heads together helped the different teams come up with more innovative ways of working.

This collaboration also meant that they could see clearly which elements in each demonstration site were unique to that context, such as business models, and which could be effectively copy-pasted across Europe. By the end of the project’s implementation phase, they had already developed a replication plan for 11 cities to get going on the same actions.

Working in this way also results in long-lasting relationships of mutual trust and support, that will create efficiencies for many years to come. “My best memories are the project meetings.”  Ms. Vallejo Ortega reminisced, “We have created a big family, not only here in Spain but also across Europe.”