‘Me squared’ (ME2) demonstration sites in Lisbon and Amsterdam 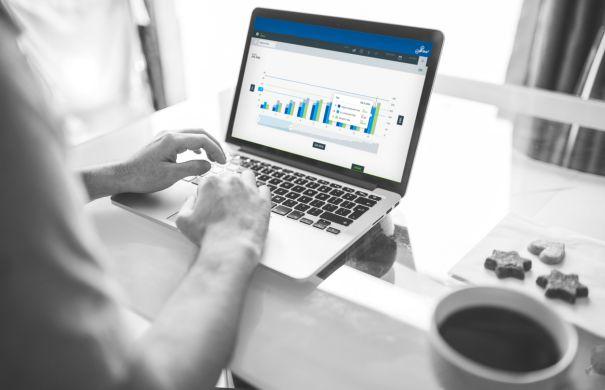 ‘Gnōthi seauton’, ‘know thyself’, is one of the most enduring pieces of ancient Greek wisdom. Knowledge is power, and knowledge of yourself is power over your actions. This ancient adage lay at the heart of the hypotheses of the ME2 project: if people can understand their energy use, they will be able and willing to improve it.

The project endeavoured to test this hypothesis by equipping 50 people in Lisbon, and 50 people in Amsterdam with ‘smart meters’ devices that could measure and relay the energy expenditure of individual appliances in users’ homes.

Tough to get going

The plan seemed a simple one, but it was not to be so. The team wanted 50 people from a particular municipal building in Lisbon, preferably those owning electric cars and having solar panels on their homes, to sign up. These 50 would then be sent smart meters which they could install in their homes. These users could monitor and reduce their energy consumption, especially at peak hours, and would receive weekly tips by email on how to further improve. Once the experiment was underway in Lisbon, the initial lessons would inform a second wave of implementation in Amsterdam.

Finding these 50 people was not so easy, however. Out of the 2,000 people working in the target building, the number of volunteers was very shy of the target. They opened the call to all municipal workers, and eventually hit 50, but the idea of having mainly people with electric cars and solar panels had to be abandoned altogether. The idea of monitoring participants’ energy use at work as well as at home also had to be abandoned. There was simply no effective way to get such data on specific people in a system with so many using it.

Once they had assembled 50 users, more difficulties arose. They sent out the smart meters, designed by Lisboa e Nova, and awaited the data. It didn’t come. People had volunteered to join the project, but once their smart meters arrived many simply didn’t make the effort, or didn’t know how to install them. After many, many phone calls all the meters finally got up and running.

But even this wasn’t the end of the difficulty. Tell people all you want about their energy use, it won’t make a difference unless they understand what you’re saying. Many participants simply didn’t understand how to parse the energy information they were being sent, found the graphics used and the data confusing, and some weren’t even sure what a kilowatt was. Eventually, however, Lisboa e Nova helped everyone to get their heads around the system.

How did it go?

To get specific, the aim of the project was to make the grid’s peak load curves smoother by 10%. What does that mean? Having an enormous demand for energy at 7.30 in the morning when people wake up, and 18.30 when they get home from work, is very difficult for energy suppliers to deal with. This is especially true when it comes to using renewable energy, which can’t simply be cranked up at certain times of day: the wind and sun don’t pay much heed to our commuting schedule.

So instead of having this sudden high demand, it would be better if the demand started earlier, increased more gradually, reached a lower maximum, and then decreased gradually too. This would represent a smoother peak load curve. To make that happen, you just need people to use less energy during peak hours, choosing, for example, to plug in their electric car just before they go to bed instead of straight after they get home. And the project actually did achieve this, getting a load curve which was even more than 10% smoother in over 50% of cases.

As well as succeeding in its main aim, the project generated a lot of insights, both from comparing its instantiations in Lisbon and Amsterdam, and by getting feedback from participants. Unfortunately, the first message was that smart meters are unlikely to take off soon, at least not at their current price. Asked about how much they would be willing to pay for such devices, what kind of savings and payback times they would desire, it was clear that users would not be willing to invest in smart energy meters given the current rates.

Another clear takeaway was that when it comes to delivering the advice and data from the smart meter, the format of a mobile app, which was used in Amsterdam, is far more effective and popular than that of a weekly email, which was used in Lisbon.

Me Squared Dashboard (Picture: Me Squared)

Tuning into gamification principles with the app was a great way to get people to react. People made radical changes to their behaviour once they were given a ranking that let them (but not others) see where they stood against other members of the same community. In Amsterdam the charging of electric cars was reduced by more than 30% during peak hours through these methods.

People also respond to incentives. The platform gave ‘rewards’, setting weekly consumption reduction targets of a given percentage that were rewarded with green points when met. With these points, users could choose a charity to donate to.

Dynamic pricing for electricity which increases at peak hours and decreases off-peak can also have a positive impact on behaviour. In Lisbon and Amsterdam, about one third of energy companies offer their customers this pricing system. For these customers, smart energy meters could consistently save 10% of their costs. In terms of the best way to save energy, switching to LEDs was the simplest way for users to make the biggest reduction.

But the main thing that Lisboa e Nova saw in this project confirms what they have seen time and time again: when people know and understand their energy consumption, how much it is and what sources it comes from, they do change their behaviour and act more efficiently.