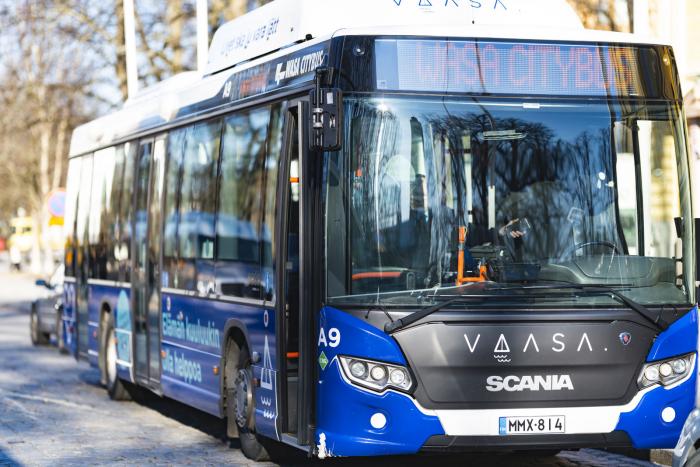 Finland has a lot to be proud of in terms of innovation. This year, the country ranked 8th globally in Bloomberg’s innovation index of world economies. Now, many of the country’s big cities aim to become "smart cities" - those that use digital technology to make traditional networks and services more efficient.

One of those cities is Vaasa, a port city of around 65,000 people. "It's a small but very ambitious city", says Mauritz Knuts from VASEK, a regional development company owned by the Vaasa municipalities. "Smart city solutions are a blessing for a city like Vaasa."

This does not suit a city like Vaasa, which has a significant urban sprawl. "A 15-minute drive from the airport to the city centre takes 45 minutes with the bus because it then goes through all these different [neighbourhoods]", he explains.

This consumer demand data also fit into another key area for Vaasa – heating apartments. The city is around 400 kilometres from the Arctic circle. Hence, temperatures regularly reach the freezing point for half the year. Energy bills in Finland are relatively cheap, though its Medium-term Climate Change Policy Plan aims to cut emissions involved in heating and cooling buildings.

Knuts explains that by using sensory equipment installed in different apartments, you can find measures to make buildings more efficient.

For example, in a single apartment building, an elderly couple will use less energy than a multi-generational family of six. "It's the same kind of ventilation for the elderly couple and for the family of six being home all day", says Knuts. This is neither good for the building, nor its residents. "You need to have the systems that can adjust accordingly to the need. And that would save a considerable amount of energy."

To find smart city solutions for these issues, Vaasa has looked among its European peers. It is a "follower city" in the IRIS project, which brings cities together to develop smart city solutions. This collaboration proved vital for ideas to bring to Vaasa, Knuts explains.

The project uses four "lighthouse cities" to show what can be achieved.

"We have so many good ideas [in the project]", says Mauritz. "The next step is of course prioritisation." For example, he points to one of those lighthouse cities, Gothenburg in Sweden, proving useful for Vaasa on how to approach district heating and transport issues.

"They are also Nordic countries, so they have the same problems with optimisation - of what energy sources to use and when." He also says that Vaasa has a unique advantage when looking at the Gothenburg example. "We both speak Swedish, we are in a Swedish-speaking region", he says. "They translate as much as they can to English, but we have direct access to everything!"