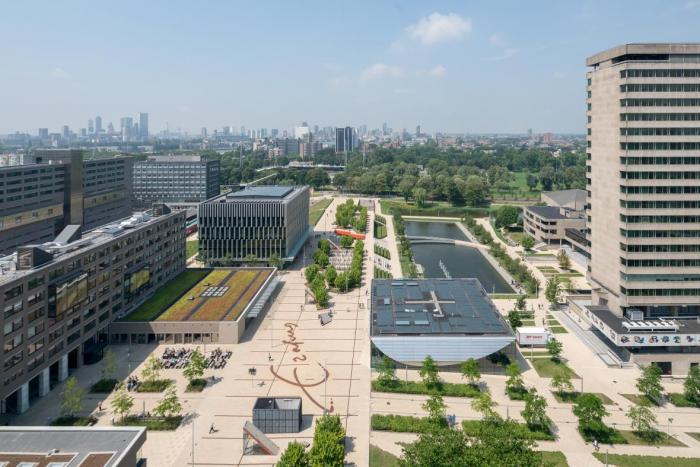 In 2015 the European Innovation Partnership on Smart Cities and Communities (EIP-SCC) set a goal to ‘serve 300 million Europeans with urban data platforms in their cities by 2025’. Where do we stand in meeting that target?

A new study from the Erasmus Centre for Data Analytics (NL) – involving more than 100 respondents from European cities that all seek to exploit data to monitor and improve city infrastructure and services – highlights the four main reasons cities see the value from implementing Urban Data Platforms (UDP), which are to:

Urban Data Platforms (UDPs) enable digital technologies to integrate data flows via open standards within and across city systems used by both the public and private sector. For example, platforms can share raw data streams or show 3D visualisations of how underground piping, bus lines, thermal grids, environmental data and a wide range of other information is connected.

During the COVID-19 pandemic, the potential of Urban Data Platforms has also been brought to the forefront in many cities. Data from citizen self-sharing of data, traffic sensors or Wi-Fi hotspots can be used to track the effectiveness of social distancing, and to keep apart from other people when in public. Urban Data Platforms and the digital twin of cities could be used to bring such data together and visualize it to the different stakeholders.

In a blog from Erasmus Centre for Data Analytics (ECDA) the study is presented and the researchers behind it, Dr Marcel van Oosterhout, Dr Haydee Sheombar, Julia Amelie Holst , Dr Tobias Brandt, Prof. Eric van Heck, provide the key results. The work has been done by the centre as part of the RUGGEDISED project and with support from the EIP-SCC Action Cluster on Integrated Infrastructures.

It is clear from the study that that there has been an uptake in the adoption of Urban Data Platforms and 70 percent of the cities are now using open standards to develop their platforms. The importance of building trust between the private and public sector is also highlighted as crucial if cities are to make more use of data in their own ‘clouds’.

“The study has created a comprehensive landscape of the current deployments and plans for urban data platforms in the EU and comes to evaluate the results of the intensive seven-year work performed at the EIP SCC and the Smart City Lighthouse projects. It allows us to highlight the progress in comparison with a similar 2015 study and what still remains to be done. The study comes at a crucial moment when we are defining our actions and commitments for the next framework programme within the Horizon Europe and the Digital Europe Programme as well as the accompanying Joint, Boost, Sustain initiative of the EU cities and communities.” 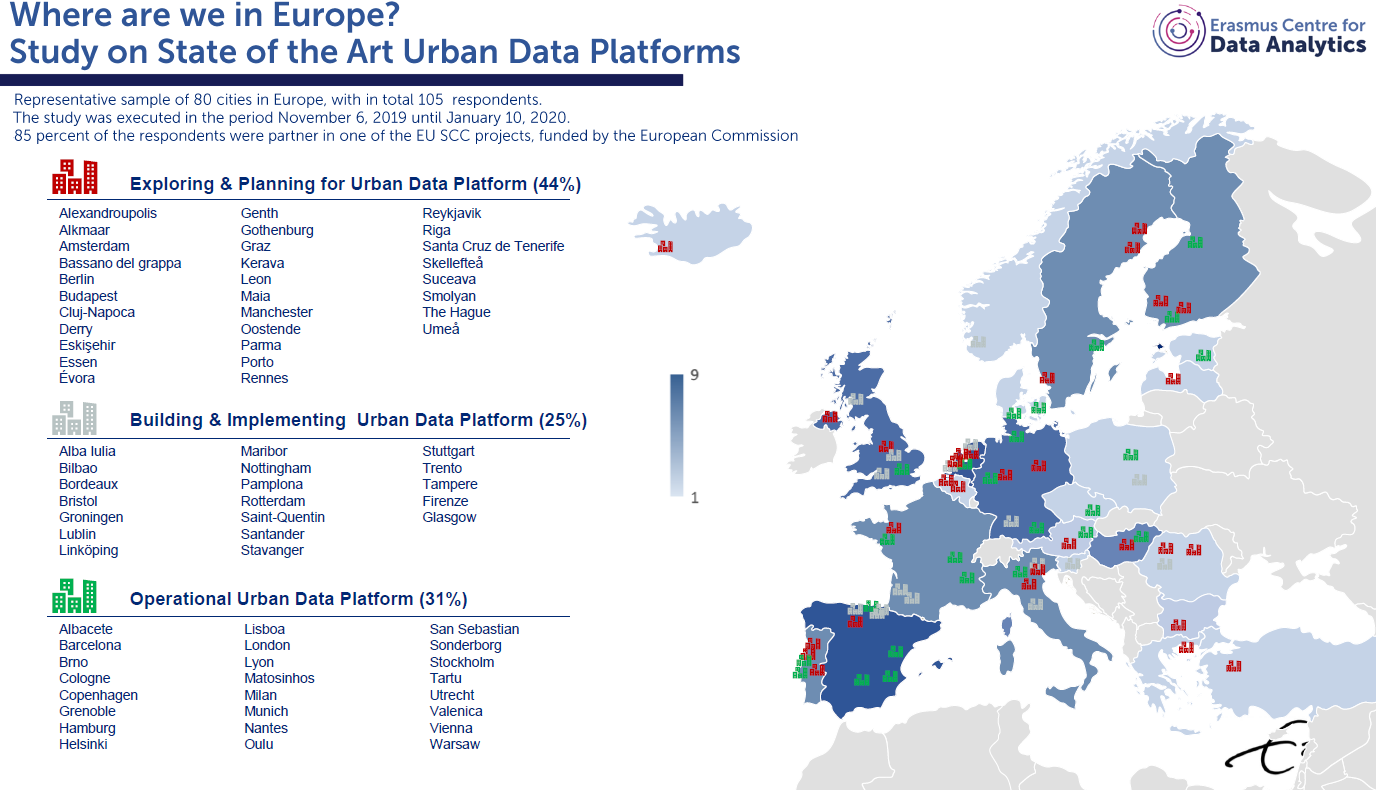 The increase in Urban Data Platforms opens up the possibility to empower all participants in the cities’ ecosystems to contribute to a city’s triple-bottom-line: social, environmental and economic.

The respondents in the study – of which a majority are involved in one of the 17 European Smart City Lighthouse projects – are at different levels of adoption with 44 percent in the first explore and plan phase, 25 percent in the build and implement phase, and 31 percent with an operational urban data platform.

One city currently implementing an Urban Data platform is Rotterdam. They are building a so-called digital twin that will allow several stakeholders to engage in new ways. For example, citizens will be empowered to co-design the city with city-planners, who can test ideas, possibilities and more in the platform rather than through complicated and expensive studies where different data has to be added for each new project. Engineers will be able to use the digital twin to visualize underground infrastructures, while working in the field. And many more use cases are foreseen for the urban data platform and digital twin.

Roland van der Heijden, Programme manager Digital City for the Municipality of Rotterdam, participated in the study and will use the input in the city’s future work:

“We will try to incorporate the findings in our next development steps. The most important one at this moment is: if we want to organise a successful UDP we need to create trust, not only in the platform but in the whole urban digital ecosystem,” he says.

The study also draws conclusions on what’s needed to fulfil the “300 million” goal set by the (EIP-SCC). Three main commitments are recommended by the researchers behind the study:

The study was conducted by Erasmus Centre for Data Analytics (ECDA) as part of the EU-funded Smart City project RUGGEDISED and with cooperation from the Actions Clusters of EIP-SCC. It analysed urban data platforms’ development; the vision behind these platforms; the business and technology design; barriers to implementation and accelerators for implementation, and the use and impact of these platforms. A full blog on the study is available here. The detailed findings from the study can be requested from Dr. Marcel van Oosterhout, who has been leading the study on behalf of ECDA.