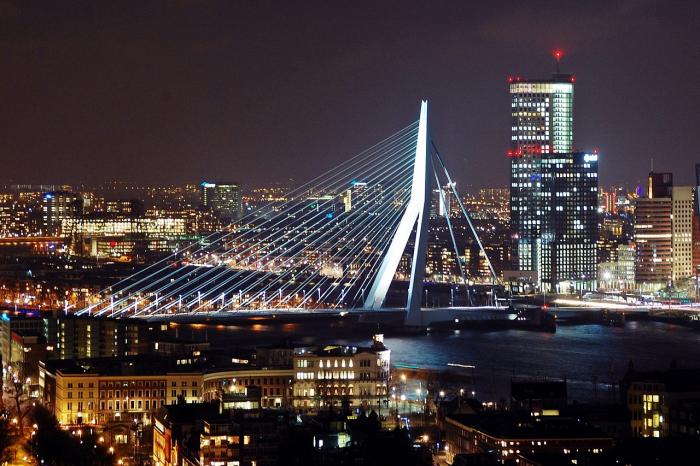 From the Physical & Social to the Digital World 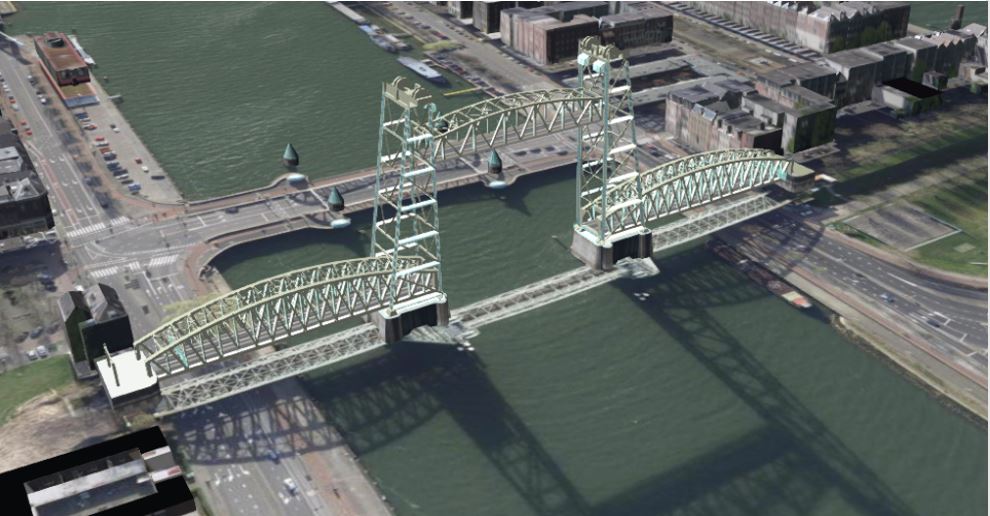 At the forefront of the digital city movement is the Dutch city of Rotterdam. The historic port city has been developing and applying a variety of smart solutions to urban problems in recent years. A smart thermal grid is being constructed, for example, that will facilitate heat exchange between buildings and make entire neighbourhoods more energy efficient. Smart parking and intelligent (electric) mobility are supporting better traffic flow, and a range of other benefits are helping make life better for inhabitants.

Now, Rotterdam is going one step further by creating a “digital twin” for the city, which will act as a platform for a new era of digital city applications. A digital twin is a smart 3D model of the city that accurately represents the streets, buildings, public spaces, and so on, of the physical city. Sensors and data-streams around the city feed into the model meaning many digital elements are updated in real-time, such as the movement of people or vehicles, which can be incorporated into the system. The digital twin can also provide real-time visibility of power and water flow, maintenance work, or monitor the location of emergency services to better respond to emergencies. All data that describes the current reality of the city can be a part of the Digital Twin.

When combining the digital twin with the predictive power of (big) data analysis and artificial intelligence (AI), cities are essentially able to fast-forward in time to improve urban planning for all kinds of events – from long-range infrastructure investment, to near-real-time service operations. The intelligence unleashed by the digital twin enables cities to improve their physical and social urban environment. It also offers a more democratic solution, which is evidenced by the increasingly wide variety of locally-designed applications that greatly improve the services to communities.

Firefighting operations offer an excellent example of how the digital twin is making people safer. When responding to an emergency, firefighters would be able to access the 3D model of the building they are entering, giving them knowledge of their surroundings as they attempt to save lives and manage the problem. Advanced digital twin models can also be linked to AI and real-time building occupant data so firefighters know where people are and how the fire may spread. Furthermore, as augmented reality technology develops, all this information could be delivered through heads-up displays, allowing emergency responders to essentially see through smoke and walls as they navigate through buildings.

Rotterdam’s waste services can also use the digital twin to bring benefits to citizens and the municipal government alike. Community waste receptacles equipped with sensors inform urban waste collection companies about how full waste containers are, meaning they can optimise their routes based on the areas that need collection most. Linking this data to the digital twin also keeps residents informed so, for example, carer’s for the elderly wouldn’t waste time searching for the nearest available waste bin after each home visit.

In a much more Dutch scenario, the bridges that traverse Rotterdam's many canals must open and close to allow both water and road traffic to flow smoothly throughout the day. Accessing a broad network of cameras and sensors around the city, Rotterdam’s digital twin tracks both road and waterway traffic intensity to optimise bridge opening and closing, ensuring both flow with minimum disruption to the other. Road and water vehicles linked to the system can be advised and rerouted in real-time for the benefit of individuals and the city as a whole. Better traffic flow offers profound benefits to a range of urban systems, especially in cities beset by bridged canals and similar infrastructure.

The basic design of Rotterdam’s digital city consists of three layers. First, there are data sources, such as city maps, blueprints of buildings, transport network information, and real-time sensors, that together create the digital twin. Second, a generic platform which offers the basic digital twin functionality, that can be accessed by authorised stakeholders, be they commercial, residential, or governmental. Finally, applications can be developed that harness the power of the digital twin to create solutions for both the social and physical worlds.

Many of these digital solutions have been around in the city for a while. However, the Digital Twin concept helps to pull all these disparate systems together under one coherent umbrella. Results of these individual solutions can be combined with one another to guarantee that there is a clearer development pathway that ensures an open flexible interoperable and ‘future-proof’ roadmap for the city. One that has been designed to bring about positive local public outcomes, by the city - for the city.

During the evolution of the digital city of Rotterdam, several design principles are being applied that are derived from the EU Espresso project. Together these principles are called 'minimal interoperability mechanisms' (MIM). One of the key principles are the 'pivotal points of interoperability' (PPIs), which can be described as the use of common interfaces and open data standards. These PPIs must ensure that, regardless of the source, the platform or the application, data can flow between the different layers and parties involved.

“You could look at the platform as a whole like a set of LEGO,” says Roland Van der Heijden, product manager at Digital City Rotterdam. “If the data were represented by the LEGO bricks and the applications represented by the different structures you could build with those bricks, then the PPIs would be the studs on the bricks that attach to them to the tubes on other bricks, allowing those structures, or applications, to be created.”

Another important principle is the development of a vision of purpose and basic generic functionality of an urban platform. In the case of Rotterdam, this vision developed from Digital Twin, which then evolved into a full-blown, suitably skilled urban digital community, in which all residents, shops and companies can have their own address. Other principles include the development of a data marketplace, the preparation of an API strategy. Developing this kind of digital city is technically challenging but also raises socio-political issues related to privacy, security, ownership, and governance — questions that the municipal government hopes to address soon.

“The ownership and governance model will be further elaborated next year,” says Van der Heijden. “The API strategy, for example, consists of multiple parts. So we look at which strategy we should follow, with which APIs, to be an attractive platform for developers and users. We look at functional aspects around APIs, such as what type of data we offer and in what form. While investigating the technical possibilities of several open data standards on their usability in practice,” he clarifies.

The digital city is the “next reality” for our urban landscapes. It brings together the physical and digital worlds through Internet of Things technologies as part of the “cyber-physical revolution,” but also ties in the social world by creating a platform for all stakeholders. Starting with the digital twin, cities can begin to develop a new range of applications that will optimise, enhance, and improve all aspects of urban life. At the forefront of this movement is the digital city of Rotterdam.