Ristori: ‘We are approaching the time of a real energy revolution’ 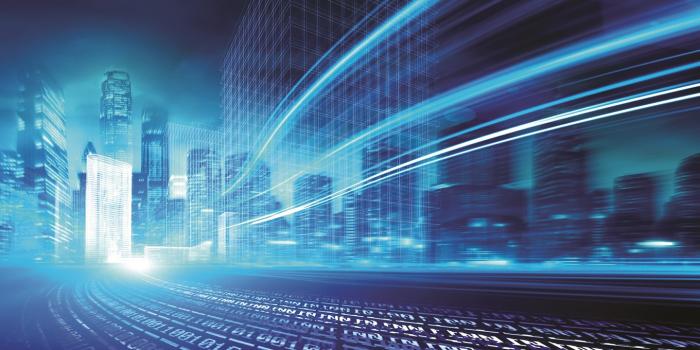 Dominique Ristori has been the Director General of Energy at the European Commission since 2013. Mr. Ristori believes that the energy revolution is about to start, putting the citizen at the core of the scene. In this regard, he highlights that Smart Cities can lead to economic growth for the benefit of the citizens, improving the level of employment and competitiveness.

Q-     What are the main problems in cities? Why is it so urgent to tackle them?

A-     Cities are the most polluted areas in the world. Nowadays, more than two thirds of European citizens already live in urban areas, as well as more than 50% of the world population. This trend is growing and it is expected to reach 70% by 2050. We should put in place adequate strategies in order to manage cities in a different way and, in particular, in order to improve their quality, to reduce pollution and to better organise their energy system by moderating demand, securing supply and by using more and better low carbon energy sources. Why? Because 80% of emissions result from the use and production of energy. Accordingly, energy is at the centre of the scene and developing an adequate policy which is oriented also to cities is absolutely indispensable.

Q-     What is Smart Cities and Communities? What are the objectives?

A-     The objective is to identify the key priorities to be developed in order to implement the vision for real Smart Cities, not only in terms of concept, but of operational decision and development. This will require a comprehensive cooperation between all key players, not only governments, municipalities and public administrations, but also businesses, companies and citizens. Cities represent the most important area related to the public authorities and it is extremely important to develop profitable policies for the world population regarding the quality of life and the management of the traffic and the housing sector.

Q-     How can the public and private sectors as well as companies and citizens work together?

A-     This is a new concept in fact. I do not see any other area where this type of public and private partnership would be more relevant. Cities host the biggest concentration of population and activities, and therefore there is a need to integrate all these activities much better and to associate all the components of the society. We have a fantastic opportunity to do things differently having in mind the advantage offered by the integration of mature, but also new technologies. Establishing a new bridge between the Energy, ICT, Transport and Construction sectors is absolutely a key element both in Europe and at global level. The European Innovation Partnership (EIP) on Smart Cities and Communities provides such an opportunity bringing together the abovementioned areas of action in the city context.

Q-     Is there a regional dimension for Smart Cities as well? What are the synergies with Regional Funds?

A-     The synergy is absolutely obvious. Why? Because for the first time the EU has dedicated €38 billion within the new financial period 2014-2020 for facilitating the shift towards a low carbon economy. Secondly, because all the aspects connected with energy efficiency, energy saving, the development of renewables or grid infrastructures will become relevant, and this will require a clear identification of the projects related to these priorities. The European Parliament, the Council and the European Commission have identified them as absolutely vital, now it is time to act and to implement that.

All the countries will have at their disposal an important amount of money to be used in that regard, to facilitate the shift to a low carbon economy but using also more and better the cities’ dimension.

Q-     Why do we need cooperation at international level?

A-     We need international cooperation because the situation is quasi the same in terms of challenges everywhere. We were discussing recently in Brussels with the Chinese President that cities are becoming absolutely crucial for their country. The deterioration of air quality of many big cities in China is a real challenge and requires new measures and international cooperation in order to find the most adequate solutions. This is valid for all aspects of using and developing energy and transport policies in a different way. We need to put in place a global strategy with a clear identification of a common project, in order to perform well and to deliver results. This involves the use of energy in cities but also the development of electro-mobility or electric vehicles. Transport is at the origin of a lot of pollution as well as the use of energy in buildings, which accounts for 40% of the energy consumption. Hence, the challenge of renewing and insulating existing buildings, particularly those built at a time which had no code, is relevant. When we refer to a standard, we need a global standard in order to have a cost-efficient approach.

Q-     What are the next steps in the implementation phase?

A-     First of all, we are putting in place a more integrated approach at a European level. We are addressing the challenge together between Energy, ICT, Transport, Regional and Research policies. What we need is a new capacity to select the best practices, the best examples developed in different areas and cities and to promote them. This is absolutely fundamental. And we will only be successful in a context of an organized cooperation between all key players. A concrete example that we are moving on the implementation phase is the Smart City lighthouse projects under Horizon 2020 which combine integrated, sustainable and replicable solutions in the sectors of Energy, ICT and transport. The first Energy Work Program for 2014-2015 allocated €200 Μ co-funding most of it for lighthouse projects. In addition, the first Invitation for Commitments of the Smart Cities and Communities EIP has gained an impressive feedback of more than 400 voluntary commitments offering to network with each other and to implement concrete Smart City projects without EU funding.

Q-     How can citizens get involved?

A-     The large majority of European citizens are located in cities today and they should see progress regarding the improvement of air quality, the level of congestion in roads and the modernization of buildings with a clear reduction of the energy bill. We are approaching the time of a real energy revolution, which means a shift from passive energy consumers to active energy consumers. This will be possible rapidly with a new development of technologies. We will live in smart homes, where each energy consumer will have the full command of its consumption regarding lighting, heating, cooling as well as costs. The energy revolution will put the consumer at the centre of the scene, not only in terms of paying his bill, but also concerning the control of the price, the choice and the consumption. This will be the real sign of progress.

In addition, citizens can get involved at any time and at no cost in the Smart Cities Stakeholder Platform, which is soon going to be transformed into the market place of the mentioned Smart Cities EIP, enabling networking, promotion, knowledge sharing, etc., to support and to learn from all kinds of Smart City related solutions and best practices.

Q- The lack of finance is one of the greatest obstacles cities are going through. How can Smart Cities be an opportunity in this context?

A-     There are important funds dedicated to low carbon economy, energy efficiency, renewables, and grid which sometimes are not very well used. In addition, many things should be seen as profitable. We are not speaking about costs, but about good investment for the economy and for our society: we could create new economic activities and jobs at local level without a real risk of delocalisation. The moderation and elasticity of energy demand, as well as the development of clean energy and Smart Cities, could lead to economic growth for the benefit of the citizens, including the level of employment and competitiveness, and passing from inefficient buildings to efficient buildings, from inefficient vehicles to efficient vehicles, passing from inefficient products to efficient products. This would be profitable for the economy and for the society.

The Smart Cities and Communities EIP is establishing a network of key stakeholders from cities, industry and research to better understand the scale of cost savings as well as to provide guidance and help, when it comes to the financing of Smart City projects and actions.