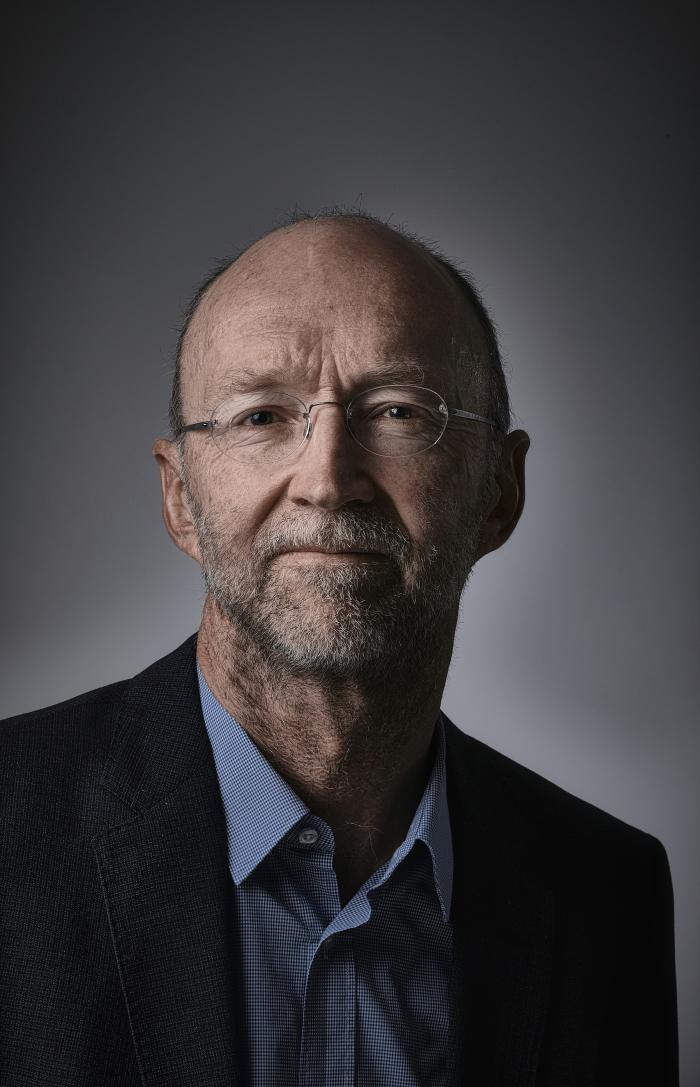 Matthew Baldwin on the Mission for 100 Climate Neutral Smart Cities by 2030 by and for Citizens.

Anthony Colclough: Not just liveable cities but lovable cities. I'm joined today by the European Commission's very own Matthew Baldwin, who's going to explain how and why the EU is working to enable 100 cities to go climate neutral by 2030. You are of course listing to Urban Reverb, the official podcast of the Smart Cities Market Place, a European Commission initiative made possible by European funding, and I remain your host, Anthony Colclough.

Anthony: Cities – sprawling urban landscapes with tens of thousands, hundreds of thousands, even millions of people living, working, buying, selling, driving, taking the train, eating, drinking, and the related physical processes... Imagine not just one, but 100 cities where all that is going on, but on net not adding any emissions, no nasty gases, to our environment. Could that be possible?

Matthew:  Well, absolutely. I mean cities, as you know, represent about three-quarters of our population, generating roughly the same amount of GDP. But they’re also responsible globally for more than 70% of the emissions, so they’re a natural place to start. They’re also motors of innovation, as you know so well from the Smart Cities Marketplace. So, all of these are a good basis for launching the mission around cities and using cities as the vanguard for the action needed for the European Green Deal.

Matthew: I'm the Deputy Director General in DG MOVE at the European Commission. And I have the honour and privilege to have a number of different hats: I'm the EU Road Safety and Sustainable Urban Mobility Coordinator, and most recently I've been honoured to take on the job as Mission Manager for the Mission to Create 100 Climate Neutral Cities in the EU by 2030. Quite a mouthful, quite a challenge.

Anthony: It is a mouthful, especially when you consider that the full title chosen by the Mission board adds the phrase ‘by and for citizens’. Now, ‘for citizens’ is obvious enough, but what does it mean to say that this will be achieved ‘by citizens'?

Matthew: Well, it's a really important point, and I think if you look at what has happened in the Smart Cities and Communities programme which already engages, I think 124 cities of all sizes, it's very clear that achieving such an ambitious goal without the direct involvement of citizens, without their buy-in, is going to be pretty impossible. Literally, it won't be sustainable in the other sense of the word ‘sustainable’. You won't get that long, necessary effort to arrive at the conclusion.

So, we need this citizen-led component right from the beginning, which means, if not a revolution, an evolution in the governance. We need to bring citizens into this because it is often their ideas, their leadership, which will help us most address these challenges. It sounds hugely ambitious; I would actually turn the question round. It would be very, very ambitious to try to do this without the involvement of citizens.

Anthony: In the Smart Cities Marketplace, we’re interested in financing sustainability in cities, so it was great to get a reminder from Matthew that finance can be a local affair. And even one that's driven by local people.

Matthew: Local banks and local finance providers, individual citizens in the future may be able to buy into European Green Bonds to be funding and financing the changes that they want to see in their own cities. I think it's all part of the citizens’ involvement. We shouldn't see finance as something which is done to us by bankers in New York, but finance as something that we use to enable the change that we want to see.

Anthony: A more sustainable use of our resources is going to take enormous resources to get going. According to Matthew, what the Commission is doing with its funding is trying to kick start other types of investment. The idea is to take €1 billion and then turned into €100 billion. It worked for Musk and Bezos, but except for one very lucky afternoon at the racetrack (my eternal gratitude to Twilight Dancer), I've never come close to that sort of multiplication. How are Europe’s cities going to manage it?

Matthew: EU funds alone are not going to be enough to trigger the investments needed to deliver climate neutrality by 2030. We will have, I hope, at our disposal around €1 billion from Horizon Europe as start-up money. And that sounds like a lot of money, but if you look at the cost of achieving climate neutrality, we estimate around €1 billion per city, if you take an average population size of 100,000. So, we're clearly going to need investors in private financing to kick in to fuel this process beyond the funding from the European Commission.

And again, we want to learn from the experiences of the Smart Cities Marketplace, which is built on the huge knowledge and tangible evidence from the Smart Cities and Communities Lighthouse Programme – gosh, we have long names in this business don’t we – alongside so many other projects and initiatives. And what you've done effectively in this programme is translate this knowledge into valuable guidance, into effective capacity building support to enable the replication and the upscaling of the concepts using the matchmaking process and the Investor Network.

Anthony: Replication and upscaling: For the uninitiated, that's just helping good ideas to grow and spread.

Matthew: Great experience for us to draw on, but again this is a vital part of the delivery of the mission’s targets, with a bottom-up city focused effort. If you take the example of a city just down the road from here, Leuven, which has already embraced the climate neutral by 2030 targets, their experience of engaging local private sector stakeholders has been every bit as important as involving NGOs.

That's why it's so important to have buy-in from all stakeholders in co-creating these climate neutral contracts. This is the central hub of our new process whereby we ask cities to set out what they need in order to achieve climate neutrality by 2030 and how the Commission can help with the right packages of policy and funding and financial support to do that. And when we do that, we can make sure that we're not just contributing to the European Green Deal, not just contributing to the digital transition, but also making sure that it's a just transition because it's engaged all the players, all the citizens. It sounds very, very ambitious, but again, if we don't do that, it will be an impossible undertaking.

Anthony: It was great for me to hear this emphasis from the European Commission on the local, but when we start thinking of Europe in terms of localities, the prospect of achieving climate neutrality almost started to seem not closer, but more unreliable because we know there are huge divides across Europe, between and within our countries, and that some are a lot further on than others. It's also well known that targets can have a distorting power on outcomes. So, was this €1 billion in funding all going to help wealthy cities that are already close to the goal?

Matthew: No, that’s a really important point. When we come out with our list of the first 100 cities, and I stress the first 100 cities because that's the target for 2030, and we want all cities to be climate neutral by 2050, it's absolutely essential that that list of cities looks like Europe. We can't just do this with the usual suspects. We want cities from the North and the South of Europe from the East, as well as the West of Europe. And if you think about it, it's the big cities in South-East Europe, in a way, which have the most distance to travel to arrive at climate neutrality, which have the most benefits to gain in terms of the actions to be undertaken.

Anthony: One of the things that makes this not only possible but also necessary is that every action you take for the climate has positive spill-over effects that improve the cities and the lives of people in them.

Matthew: Cities are where policies meet people, where it's not just about the global action needed to reduce these invisible greenhouse gases, but where we can most realise the co-benefits that come from lower energy bills, from less air pollution, from fewer deaths in road crashes, from less noise and less congestion.

All of these things are what I call the ‘co-benefits’ of this action and are most directly appreciated by citizens, and I think most useful for mayors in explaining why they need to take these radical actions. And if we are able to create not just liveable cities, but lovable cities, this necessary action to eliminate our greenhouse gases, to become carbon neutral, can actually make cities fantastic places in which to live, in which to raise our families. That's what it's about.

Anthony: The Mission for 100 Climate Neutral Smart Cities by 2030 by and for Citizens. Matthew’s managed to convince me that it's not ‘mission impossible’, and I hope you'll choose to accept it too. If you want to hear more about cities that are not just liveable but lovable, head on over to smart-cities-marketplace.ec.europa.eu