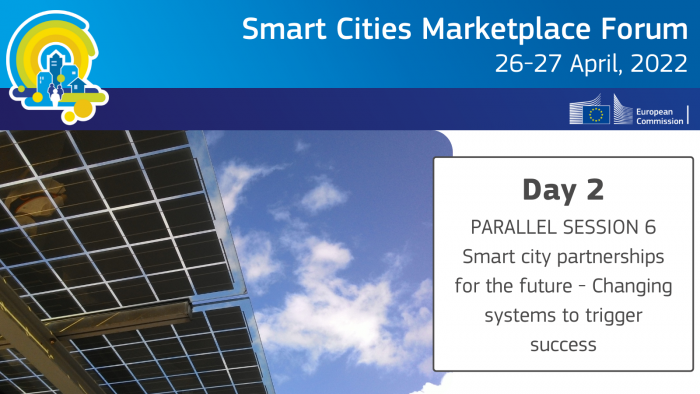 First, the upcoming report on systemic change in governance from Scalable Cities was presented by Judith Boorsbom, highlighting many of the lessons that have been drawn in the various Smart Cities and Communities Projects. Issues such as the importance of involving citizens in the transition and the need to break away from business-as-usual were prominent.

Following that, Maria Uusitalo from the City of Helsinki of Helsinki presented lessons learned in the Project MySmartLife. The main focus was on the Energy Renaissance, in which the City of Helsinki involved the many private property owners, often organised in housing associations, providing energy advice showcasing the benefit of turning to renewable and energy efficiency.

In the Initiative, the city worked as a platform between housing companies/residents on one side and the business company on the other side and successfully managed to increase the amount of work being done. This work started in MySmartLife but will continue with nine people working on the Energy renaissance. In a period of 13 months, the city has been contacted by 260 housing associations with some savings of as much as 50% on their energy use.

Then, Jean-Patrick Masson, Vice President for Ecological Transition, Waste, Renewable Energies, Networks and H2020 Program, Dijon Metropole, shared his experience with the RESPONSE project in Dijon. In the project, the Metropole works on the creation of Positive Energy Districts in cooperation with citizens and other stakeholders. One aspect emphasised by Mr Masson was the importance of partnerships, as no municipality can do it alone.

Georg Houben, Policy Officer, European Commission, shared his perspective on governance from the Smart Cities Marketplace. A perspective provided, which fitted well with the stakeholder focus described by the other speakers, was the importance of not seeing cities only as local governments. Companies (such as those that might join the Covenant of Companies) can also provide an important piece of the puzzle. We have to cooperate in a complex and challenging market.

Following the presentations, an honest debate followed where it became clear that we are not there yet when it comes to answering all the challenges related to becoming climate neutral. Issues brought up related to aggregating demand, finding convincing arguments about why citizens benefit before we can do solutions (oftentimes: direct positive impact on life), The importance of partnerships were emphasised and finally, the recognition that national regulation can also help drive and accelerate.