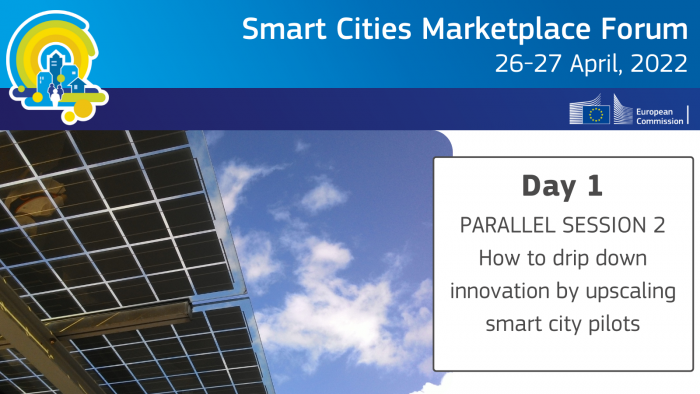 With the Netherlands Enterprise Agency

After a brief introduction of the importance of innovation and understanding the different challenges on the road to creating smart cities, four pitches were made by the speakers representing four different perspectives on the energy transition in cities.

Another was the large consultancy SWECO, whose main work currently is combining the great levels of expertise accumulated in the different areas of urban knowledge into a greater whole.

A third was the National perspective from the Netherlands, sharing a message of hope (we have the tools!). They were showcasing how the Government in the Netherlands is working with the knowledge and perspective that the green transition is a huge business opportunity, and the knowledge and tools - to a large degree - are already there. Finally, it was pointed out how National (and European) Governments should allow work to be “local when possible” and only national when necessary.

Finally, on the city level, the City of Amsterdam joined to share how they are actively working on not just developing ecosystems but also ensuring the individual solutions are upscalable/exportable elsewhere. The potential in cities is immense, but there are still a lot of barriers.

Some general conclusions can also be drawn in terms of joint challenges. Both governments and the private sector pointed to the challenge of staffing and the increasing price of materials as a challenge to be aware of in the future.

Following the different perspectives, a thirty minutes role-playing exercise took place, with participants putting themselves in the situation of the different stakeholder groups when answering some of the “why and how” questions of Smart City developments.